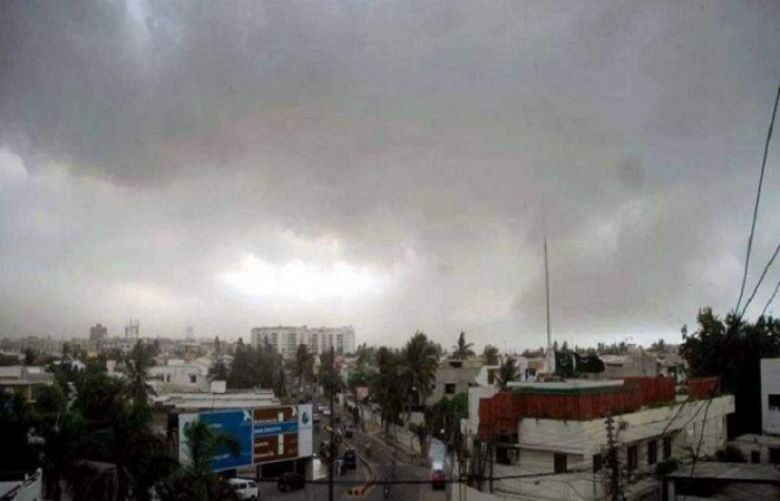 “Drizzling with strong winds is expected at several parts of Karachi,” said Pakistan Meteorological Department in a weather report released on Friday.

The Westerly/ Southwesterly winds blowing in the city at 26 kilometers per hour.

The mercury to remain 33 to 35 degree Celsius in Karachi today, the PMD forecast report say. Humidity was recorded at 70 per cent in the morning.

Earlier, the city police chief issued a contingency plan for the protection of the life and property of citizens for the upcoming monsoon season.

Additional I.G. Karachi Imran Yaqoob Minhas had dispatched copies of the monsoon contingency plan to DIGs while pointing out heavy losses of life and property in the devastating monsoon spell in the previous year urging for effective measures to save precious human lives.

The police chief had directed for review of the losses and safety measures taken during the last five years during monsoon rainfall.