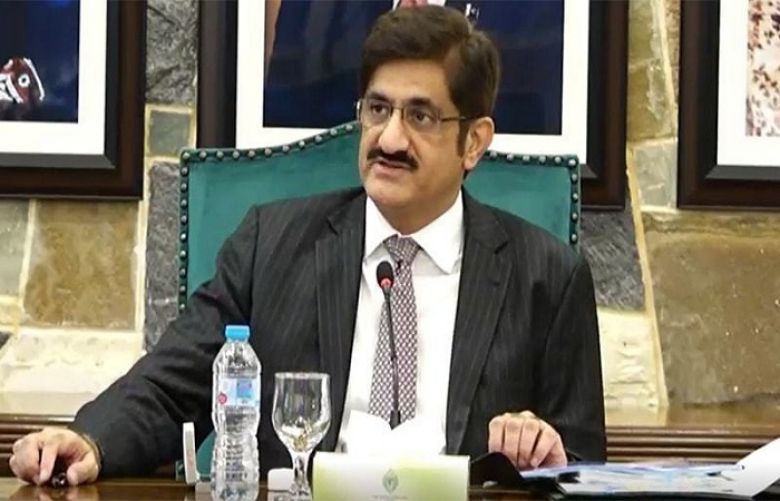 Chief Minister Sindh Murad Ali Shah said the federal government's strategy to curb the spread of coronavirus in the country is "incomprehensible".

The chief minister, addressing a press conference in the capital, said the coronavirus situation in the country was getting more serious by the day, as he called on the government to change its strategy.

The chief minister said in the National Coordination Committee meeting held a few days earlier, he had recommended putting a stop to the intercity transport.

CM Shah said incoming flights from across the world should be stopped. "I had heard that flights were restricted to 20%, but when I left Karachi for Islamabad, the plane was full of passengers."

The chief minister said the spread of coronavirus can not be halted through press statements.

"A federal minister asked people to go shop as in the last 10 days of Ramadan, the shops would be closed," he said, taking a jibe at Asad Umar, who had indicated the government would be ramping up restrictions in the coming days.

The chief minister said the country faces a major setback as the federal government was unable to procure coronavirus vaccines on time. "We are far behind other third-world countries in terms of vaccination," he said.

"Prime Minister Imran Khan says there is no need to panic, but I have been scared for a long time," the chief minister lamented.

He questioned what message the people will get when the prime minister "urges people to wear a mask one day and then the next day goes to inaugurate various projects".

Shah said if Pakistan does not take steps urgently to curtail the virus's spread, the situation in the country could escalate fast and turn into one like India.

Responding to criticism by Minister for Information Fawad Chaudhry regarding the situation taking a turn for the worse in Sindh, the chief minister said "he used to sight the moon and is now developing metres".

It appears to be a reference to electronic voter machines, an ordinance for which was recently passed by the cabinet, news of which was shared by Chaudhry.