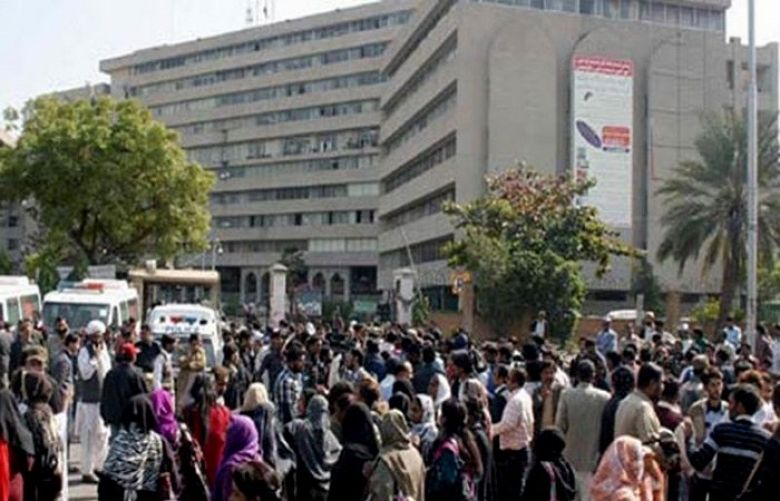 A shooting incident on Tuesday at a Karachi Development Authority (KDA) office in Civic Centre left two dead and one injured, police said.

As news of the incident broke, KDA officials put the toll at three injured; two were later reported to have succumbed to their wounds.

A contingent of Rangers Sindh also reached the site.

According to a preliminary investigation by the police, the incident took place in Usmani's office.

"There were six people in the room before the incident," Senior Superintendent of Police (SSP) Sajid Saduzai said.

Imran Shah is in police custody and his statement has been recorded. He said he is an office superintendent with the KDA. He, along with Faisal and Miraj were sent out of the room.

Shah told the police that a minute-and-a-half to two minutes after they exited the room, gunshots were heard.

"When we went back into the room, we found all three of them lying in pools of blood," Imran said.

He told police that a pistol was lying near Abdul Hafeez. The pistol has been admitted into evidence by police.

SSP Saduzai said that the police is "fairly certain" that the incident is a result of enmity between the three.

"Whether the dispute pertained to money, land, or something else, remains to be ascertained and is being probed," he said.

Abdul Hafeez's condition is stable and his statement will also be taken, the SSP added.