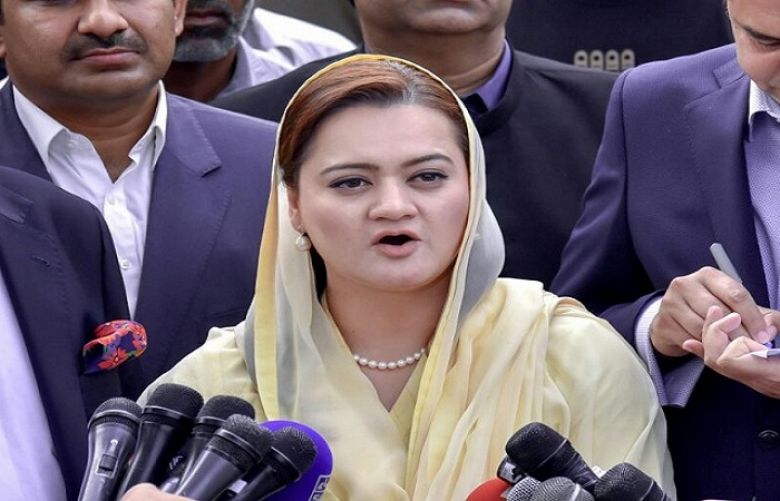 Spokesperson of Pakistan Muslim League-Nawaz Marriyum Aurangzeb slammed the National Accountability Bureau (NAB) and its “black law” after the accountability watchdog raided the residence of party president and opposition leader in the National Assembly, Shehbaz Sharif.

Aurangzeb told media that a seven to eight-member NAB team conducted the raid at Shehbaz’s 96-H residence without any warrant or prior warning.

Shehbaz Sharif along with his sons Hamza and Salman is facing multiple NAB inquires, including those into the Ashiana Housing scandal, Ramzan Sugar Mills and assets beyond means case. According to NAB sources, the raid was aimed at searching Hamza Shehbaz’s belongings.

Aurangzeb confirmed that both Shehbaz and Hamza Sharif were present when NAB raided their residence.

“Under which law was this raid conducted without any prior notice? Are Hamza and Shehbaz terrorists?” she lashed out, adding, “The current government is afraid of Shehbaz and it is using NAB to advance its own goals.”

“NAB is resorting to raid without warrant after they failed to find even a penny’s worth of corruption against Shehbaz Sharif,” she stressed.

“NAB was unable to prove any sort of corruption, and now it is using its black law to harass them without any warrant or prior notice. Under which law is this allowed?” the PML-N spokesperson questioned.

“Will NAB now loot people’s houses? What [kind of] terrorism is this? They burst through the door without informing anyone.”

NAB sources, meanwhile, said all legal formalities were completed prior to the raid.

96-H Model Town, where NAB conducted the raid, is the residence of Shehbaz and his son Salman Shehbaz.

Sharif's elder son Hamza Shehbaz does not reside at this address.