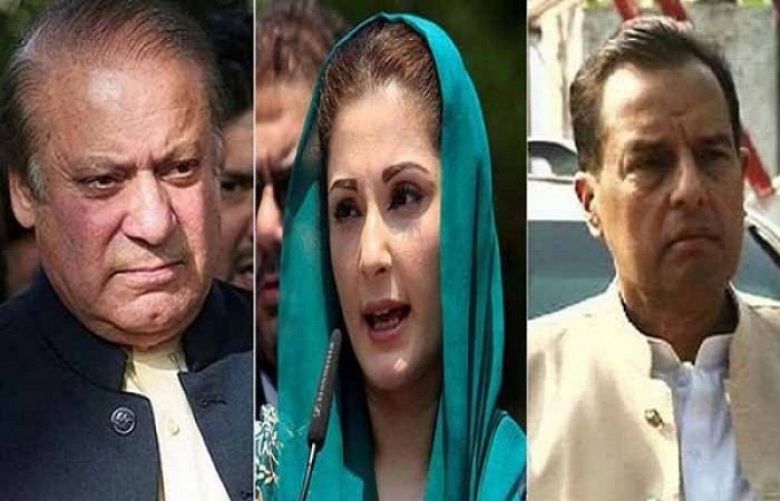 As the hearing went under way, the NAB prosecutor said, “If daily hearings can be conducted on petitions against the verdict then there can also be daily hearings on the appeals. Defence lawyers should argue over the appeals for two hours daily.”

Justice Miangul then told Qureshi, “We have heard your reservations, move forward.”

The NAB prosecutor then said, “If a sentence is more than three years then the punishment cannot be immediately suspended.”

Justice Minallah then questioned, “Has there been a daily trial in any other case? This case is different.”

However, the NAB prosecutor argued, “This case is not different.”

“The defence lawyers owing to their malafide intentions decided to present arguments over pleas challenging the verdict,” he said.

Justice Minallah then turned to the NAB prosecutor and remarked, “Present arguments on the suspension of the sentence first.”

Justice Miangul added, “We have noted your reservations.”

Following this, the NAB prosecutor said, “My mother suffered a cardiac arrest a day earlier and if you permit I will leave the rostrum.”

However, the bench asked him to continue presenting his arguments.

The NAB prosecutor then once again objected and said that the accountability bureau was not made party in the petitions which is why they are not maintainable.

Accountability court judge Mohammad Bashir had on July 6 convicted Nawaz Sharif, his daughter Maryam Nawaz and son-in-law retired Captain Mohammad Safdar in the Avenfield properties reference and sentenced them to 10 years, seven years and one year, respectively, in prison.

On July 16, the Sharifs and Captain Safdar had filed appeals for the Avenfield verdict to be overturned.