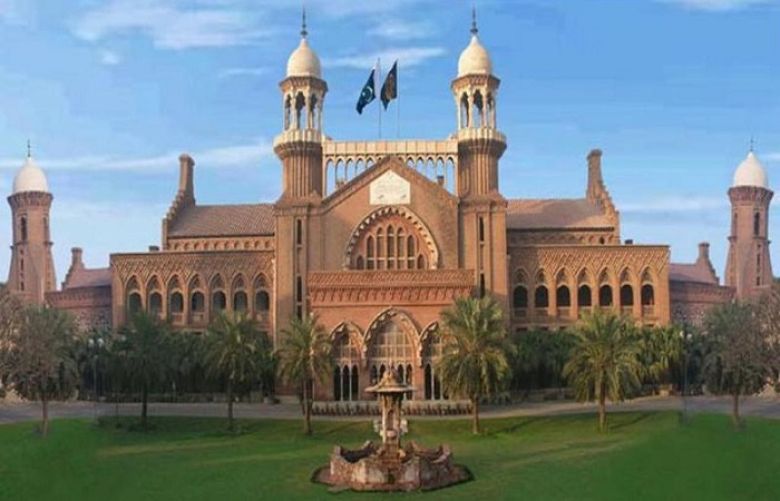 Lahore High Court (LHC) Tuesday halted the enforcement of the Federal Investigation Agency's (FIA) notice to summon PTI Chairman Imran Khan in its probe into audio leaks — related to the cypher allegedly containing a threat from the US.

Earlier, after removing the Registrar's Office’s objection regarding the jurisdiction of the LHC, Justice Asjad Javed Ghural directed the court office to fix the hearing of Khan’s petition challenging the FIA’s authority to summon the PTI chief.

Salman Safdar, Khan’s lawyer, argued before the court that FIA did not mention in its notice whether the petitioner had been summoned as a witness or a suspect.

"Has it been investigated as to how the audio got leaked in the first place," Justice Ghural asked. “This remains unknown so far,” Advocate Safdar replied to the court. The judge said this incident should be investigated.

The lawyer said Khan’s petition in this regard was pending in the Supreme Court. Justice Ghural questioned: "Has everyone been included in the audio leaks case inquiry or is it just Imran Khan who is being investigated?"

Advocate Safdar said the FIA was being used to pursue politically-motivated cases. “We appeal to the court to take notice of this mala fide intent,” Khan’s counsel said adding, “We also fear an FIR in this matter”.

He urged to court to suspend the FIA’s last notice. When the court questioned about FIA’s authority to issue a notice, Khan’s lawyer said the agency was not authorised to take such action.

Reacting to the above dialogue between Advocate Safdar and Justice Ghural, the Federation’s lawyer said then FIA should be summoned to the court.

Later the hearing was adjourned until December 19.

According to the petition, the enquiry initiated by the FIA is illegal, unlawful and without any authority and jurisdiction. The PTI chairman's plea also names the interior secretary, FIA director general and head of the inquiry team.

The former prime minister also told the court that he has already challenged the matter in the Supreme Court, alleging that the case was “politically motivated” with the aim of arm twisting and harassing him.

He also stated his “political adversaries” have “released and circulated” the “manipulated audios” for “ulterior motives”.

The PTI chief also contends in his petition that the agency is being used “as a tool to pressurise and blackmail” him.

“This enquiry is a colourable exercise of power by the FIA being conducted in bad faith,” states the petition. He has also contested that the “unlawful acts” are infringing his fundamental rights.

Khan, as an interim relief, has urged the court to “suspend the operation” of the FIA inquiry till his petition is addressed. While the former prime minister has prayed to the court to set aside the inquiry launched by FIA, and declare the notice sent to him “illegal, unlawful and without lawful authority”.

In the two audio leaks that took the internet by storm and shocked the public, the former prime minister, then-federal minister Asad Umar, and then-principle secretary Azam Khan could allegedly be heard discussing the US cypher and how to use it in their interest.

On September 30, the federal cabinet took notice of the matter and constituted a committee to probe the contents of the audio leaks. In October, the coalition government’s federal cabinet gave the green signal to formally launch legal action against the former prime minister after audios were leaked allegedly featuring him and other PTI leaders discussing the US cypher.

The committee recommended legal action over the audio leaks purportedly featuring Khan, Azam, and others. The federal cabinet approved the summary through circulation.

The probe into the US cypher and the audios allegedly featuring Imran Khan and others were tasked to the FIA. Once FIA was given the task to probe the matter, it summoned Khan, Umar, and other leaders of the party.