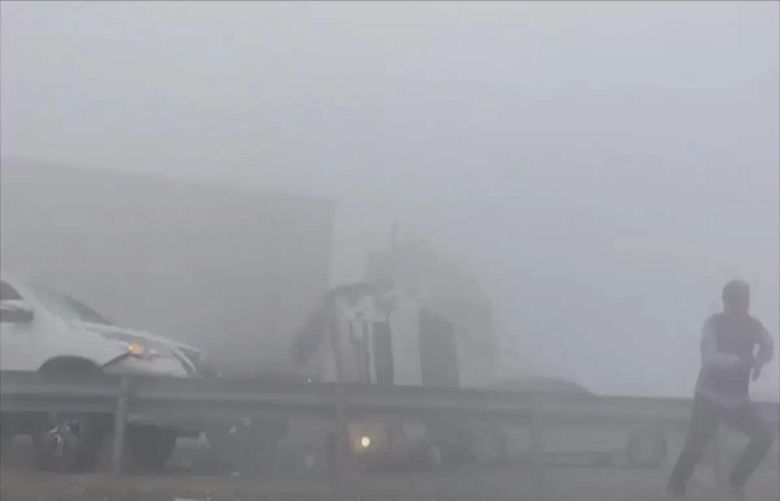 As winter rolls in across Pakistan, the fog has rolled in across Punjab. Thick fog has been reported in Renala Khurd, Okara, Vehari, Bahawalpur, Pakpattan and Lahore among other cities.

In Sadiqabad, one man died and two were injured after a bus collided with a trailer near National Highway 5.

The bus was heading towards Shujaabād from Karachi when it met a deadly accident.

Following the daily rise in fog-related accidents in Punjab, all motorways have been closed to traffic.

The visibility was reduced to only 10 meters, which made driving extremely dangerous. Apart from low visibility, the roads have also become slippery which has further increased the risk of collisions and road accidents.

While the Sukkur Multan Motorway M5 from Sher Shah Interchange to Zahir Pir and Lahore-Sialkot Motorway M11 has also been completely closed.