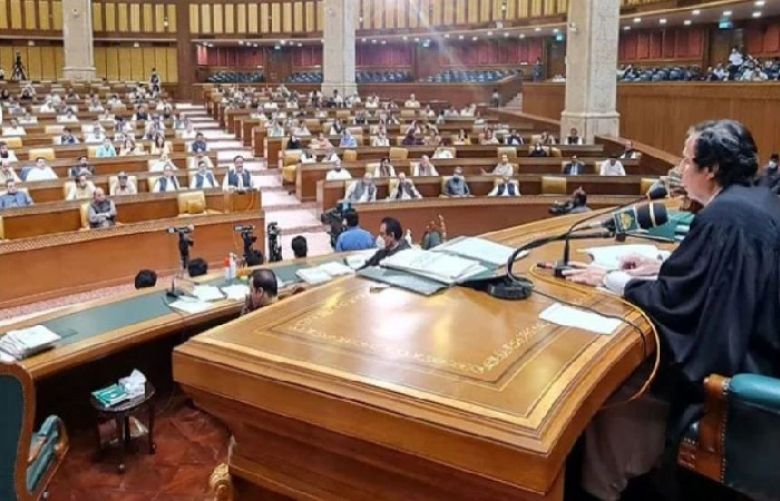 The budget 2022-23 session of Punjab Assembly has been scheduled to be held today (Tuesday) after an entire day of drama yesterday.

The provincial budget could not be presented in the assembly on Monday even after hours of delay as the Opposition and the treasury benches continued protesting against each other. It was postponed till 1pm today.

Speaking to the media outside the Punjab Assembly late Monday night, Hamza said this spectacle has been going on for the last three months. The session was summoned four times and adjourned within seconds every time, he said.

"We haven't gathered here for our personal interests. The over 120 million population of the province is waiting to know what there is for them in the budget," the chief minister said.

He said that Punjab Governor Balighur Rehman had summoned the session to present the budget on June 13.

Hamza went on to say that the provincial government provided a Rs200 billion subsidy on wheat despite the absence of the provincial cabinet. He said that the assembly speaker was bound by Constitutional responsibility not to have any item in the meeting's agenda other than the budget debate.

The chief minister announced to adopt a constitutional option.

"[The] CM's election was held as per court orders. I was not the CM that day," he concluded.