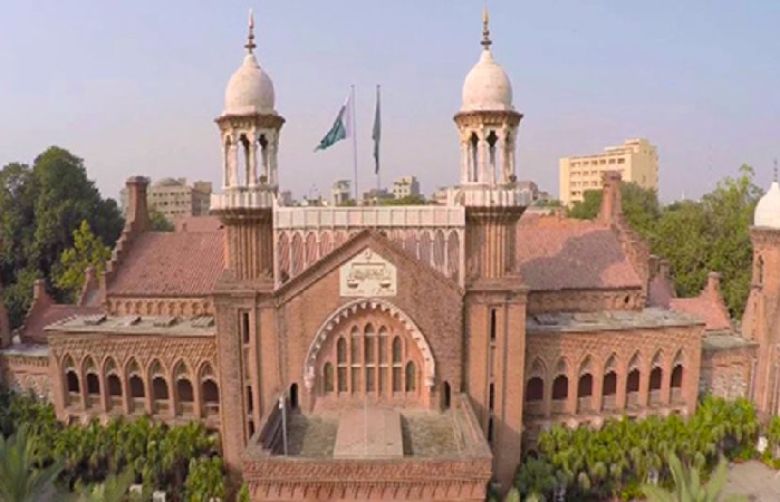 The directive comes as the LHC announced the verdict on chief minister-elect Hamza Shehbaz's petition seeking a direction to the Senate chairman to administer the oath to him.

Hamza was elected as Punjab's chief minister on April 16. However, he hasn't sworn in yet as his oath-taking was deferred twice despite the LHC's directives for not delaying the matter any further.

The LHC reserved the verdict on Hamza's plea on Tuesday, which is the second time PML-N has reached out to the high court for the resolution of the matter.

During the hearing, Punjab Advocate-General Ahmad Owais maintained that the Punjab Governor Omer Sarfaraz Cheema had sent a six-page letter to President Arif Alvi and expressed serious concern over the election of the chief minister, besides seeking his advice. He stated that the president had sent the recommendations of the governor to the prime minister.

The AGP also raised objections to the maintainability of the petition, saying that the president's argument had not been heard.

The argument got LHC Chief Justice Ameer Bhatti's ire who questioned what law had given the mandate to the governor to examine the validity of the chief minister’s election.

The judge remarked that the prime minister’s advice was not required in the matter, as the election was held in compliance with a judicial order.

At this, the AGP maintained that the issue of election needed to be dealt with restraint, as the election was held amid ruckus. However, the chief justice noted that the court had shown enough restraint, questioning what action had been taken on the order to appoint another representative to administer the oath to the CM-elect.

The AGP maintained that the court order was received by President Alvi three days ago. "President would look into the matter now," he added.

The chief justice observed that there was no chief executive for the past so many days in the province while expressing dismay over the inaction by the president on the high court order.

"The president, instead of implementing the judicial order, was giving explanations.

"The court had enlightened the president that he was the head of the state but he might be naive. The court had also made him understand the matter through its order but to no avail," Justice Bhatti remarked.

Meanwhile, a federal law officer informed the court that Prime Minister Shehbaz Sharif had sent the advice to the president, asking for the court’s order to be complied with in letter and spirit.

Advocate Ashtar Ausaf on behalf of Hamza Shehbaz argued that the court orders were not being implemented. He pleaded with the court to issue directions for the implementation of its orders.

Hamza Shehbaz through the petition submitted that the LHC had expressed the hope that the president would appoint another person to administer the oath of the chief minister’s office to him while forwarding its orders to the office of the president for the purpose.