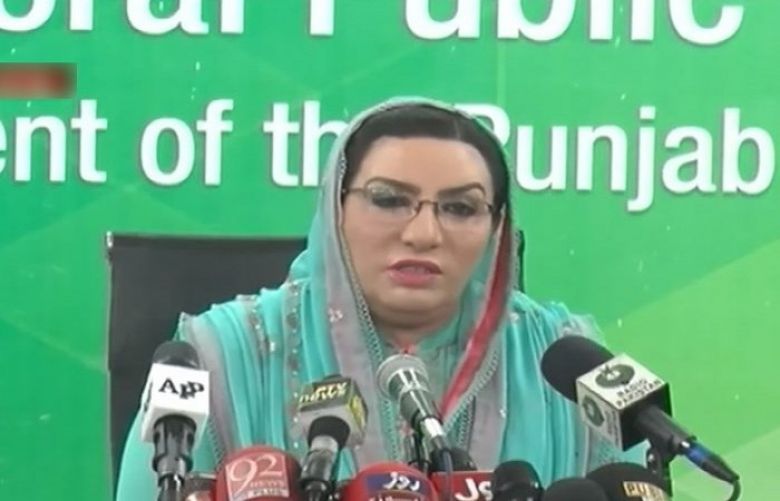 The development comes a day after the 11-party alliance held a massive rally in Multan despite the government’s repeated warnings against doing so, urging it to suspend political gatherings in light of the novel coronavirus.

After scores of cases were filed against the PDM party workers and leadership, the alliance opted for an alternate venue at Ghanta Ghar Chowk, which is situated around 1km away from the original Qila Kohna Qasim Bagh Stadium venue.

The chief minister's special assistant said that the cases will be registered against unidentified persons as well.

Speaking about the fire that had erupted during PML-N vice-president Maryam Nawaz was addressing the rally, she said: “We have uncovered the reason behind the fire that had taken place during the princess' speech.”

The special assistant claimed that the fire had erupted due to a PML-N worker’s fireworks.

Turning her guns towards the PDM chief, Dr Firdous Awan made him the target of sarcastic remarks.

She cited a video from the jalsa, stating that the PDM chief had instructed his workers to get into a fight with police. "Everyone knows Maulana's pain, he's sitting outside the assembly for the first time."

Further criticising Fazl, she said the Parliament does not function to satisfy an individual's desires. "When they bring the no confidence motion, we will see then [...] For now, these are blackmailing techniques."

Talking about the province's response to the jalsa, she said that the government had a successful strategy in Multan. "Decisions are made by looking at the situation."

Shedding light on the government's future course of action regarding the Opposition's rallies, she said that it will be decided according to the situation that evolves in Lahore.

Shortly after Awan’s press conference, Multan police said that they had registered cases against PDM leaders for holding Multan rally despite restrictions.

The FIR lodged against the opoosition leaders includes the violation of coronavirus SOPs, and sound act, the police confirmed.

Meanwhile, the police said that the FIR, registered at Multan’s Kotwali Police Station, is filed against scores of unidentified people.