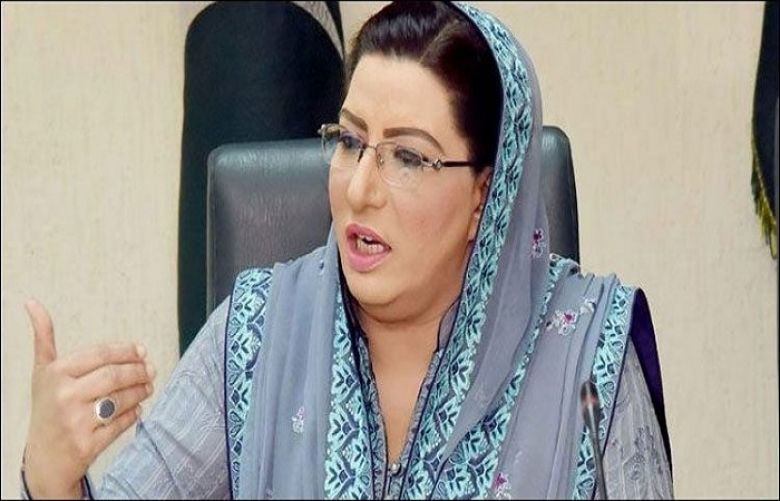 The Advocate General Punjab has opposed the induction of Dr Firdous Ashiq Awan into the provincial cabinet as she has been named as an alleged contemnor in the Supreme Court verdict in Justice Qazi Faez Isa case.

According to sources, the Punjab government has been reminded by the province's top law officer that the apex court has said Dr Awan used contemptuous language against a sitting judge, and her appointment as CM’s assistant may therefore be considered as dismissive of the Supreme Court's verdict.

The Punjab government had removed Fayyaz ul Hassan Chohan from the provincial information minister's post and appointed Dr Firdous as Special Assistant to the Chief Minister on Information late Monday evening. A notification to this effect was also issued.

The notification said Chohan will remain minister for colonies, while Punjab's information department will be headed by Awan.

The move came out of the blue and even Chohan himself was intially unaware of why or when he had been ousted from his post.

The Supreme Court had, in its detailed order issued just over a week ago, stated that Dr Awan seems to have violated not only Rule 13 of the 2005 Rules but also prima facie breached Article 204 of the Constitution by committing contempt against a sitting Judge of the Supreme Court in a press conference she hosted last year.

“Consequently, she should be made answerable for her conduct under Article 204(2)(b) of the Constitution through independent proceedings,” the court had recommended.

This is the second time that Fayyaz ul Hasan Chohan has been removed from the position.

He first had to resign from the portfolio in March 2019 after he made anti-Hindu remarks that angered and offended many in the country. The Punjab government had reappointed him to the post in December 2019.