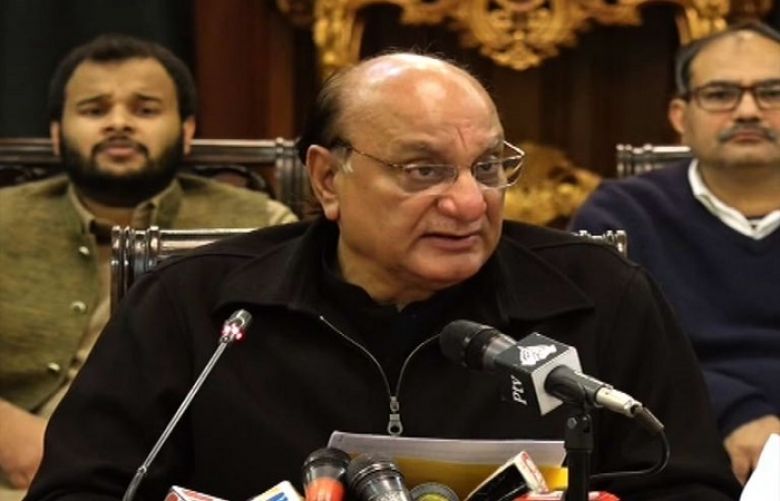 Punjab law minister Raja Basharat on Friday said that the motorway gang rape which took place near Lahore's Gujjarpura area is a "blind incident with no evidence".

The law minister was addressing the media after having surveyed the crime scene on Lahore's Ring Road highway.

"This is a blind incident. There is no overt evidence to take the matter forward. We will have to develop the evidence through an investigation and have it corroborated and only then will we be able to get to a point where we can have a concrete picture," the law minister said.

"Our monitoring committee is reviewing all administrative aspects and we are looking at how we can take the investigation forward," Basharat said.

"There is a special committee formed by the IGP which is probing the incident under which about 28 teams are working. They are looking at the case from various angles

"Whatever evidence we could collect from the crime scene we did and the forensic team will present a report soon. The lady's medical tests have also been carried out," he added.

At this time the Punjab government and Chief Minister Usman Buzdar's "total emphasis" is on apprehending the culprits.

The law minister said that the people's sentiments were high at the moment and so is the government sorrowful over the incident.

"The provincial government is responsible for the safety of our women [...] we will put forward recommendations to the chief minister so that such incidents do not occur in the future."

He said the Punjab Highway Patrolling Authority was made dysfunctional but now the chief minister has approved the purchase of new cars for the unit and for better patrolling, 500 new cars are being purchased for the police force in general.

Basharat said the people's confidence will be restored when the culprits are brought to justice and "no one responsible will be able to escape punishment".