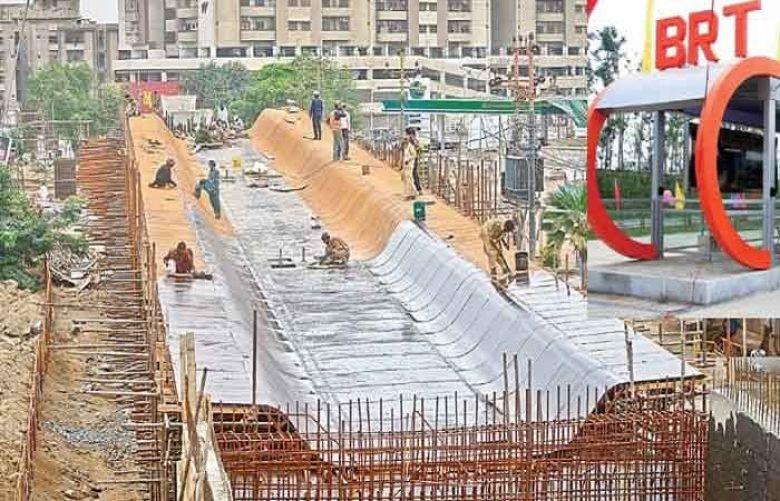 The Khyber Pakhtunkhwa government is yet to announce the exact date for the inauguration of its flagship Bus Rapid Transit (BRT) project despite two-and-a half years of its launch.

According to the publication, the government at the BRT’s launch in October 2017 had set the deadline for the project’s completion in July 2018 despite the PC-1 report suggesting that it would be completed by April 2021.

After the first deadline was missed, the government had set three more in 2018 and 2019, with former minister Shaukat Yousafzai also claiming that the BRT would become operational by April of the ongoing year.

Special Assistant to Chief Minister on Information and Local Government Kamran Bangash did not respond to The News about questions regarding the project.

Meanwhile, Peshawar Development Authority Director General Syed Zafar Ali Shah told The News that he could not share the exact launch date of the project as its operational issues do not fall under the PDA’s jurisdiction.

When asked about the protest camp organised by people who claimed to be performing security duties for the project, Shah said he did know about the issue and had asked the contractor for details of the problem.

According to The News, protesting workers have said that their contracts were terminated and their employees were not paying salaries for the past five months. They have also alleged that contractors had hired their replacements for twice the salary.

Shah also said that the cost of the project was below Rs66 billion with an additional Rs35 billion expected to be spent on finishing and establishing two depots, one in Hayatabad and another in Dabgari. He added that most of the expenses would be off the corridor and cannot be considered as the project's cost.

The Peshawar High Court (PHC) in December 2017 had ruled that the BRT was in accordance with the law. However, in a detailed judgement, it ordered the National Accountability Bureau (NAB) to probe the project.

The provincial government and the PDA filed a civil petition for leave to appeal in the apex court, requesting to set aside the court order. A bench of the apex court headed by then Chief Justice of Pakistan Mian Saqib Nisar suspended the high court order.

Another high court bench had directed the FIA in November 2019 to probe the project. However, the Supreme Court stopped the Federal Investigation Agency from probing alleged irregularities in the project.