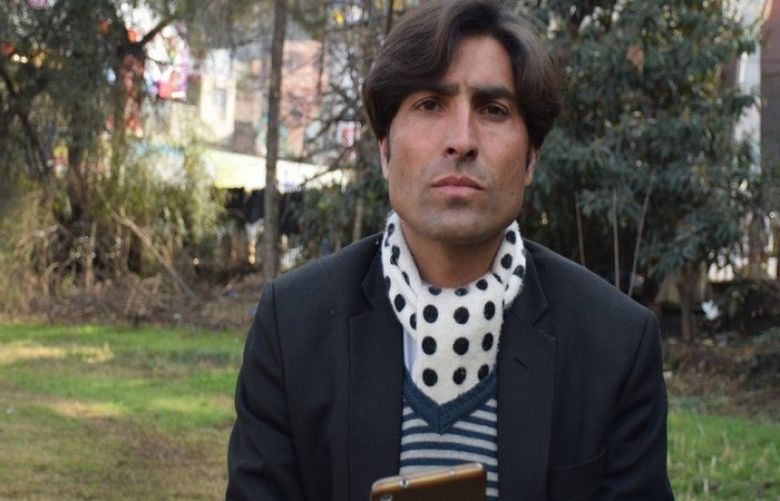 Police arrested the main suspect behind the murder of Afzal Kohistani, who had brought the Kohistan video scandal to light on Friday.

A Kalashnikov and cartridges were seized from Masoom Khan's possession, the KP information minister added. "Raids are being conducted for the arrests of the other suspects," Yousafzai said.

Afzal Kohistani, a local man, had shown media in May 2012 a video in which his brothers were dancing at a programme, while some girls were shown singing along and clapping. After the footage was leaked, a jirga comprising elders of the tribe decreed that the girls and boys be killed in line with ‘riwaj’ (a tribal custom).

Afzal, whose brothers were in the video, had appealed to the court that the five girls including Bazgha, Sireen Jan, Amna, Begum Jan, and Shaheen were all killed upon the jirga's orders.

In December last year, four suspects who had been caught in relation to killing the five women in Kohistan had confessed to their crime six years after the video had emerged.

Former chief justice Iftikhar Chaudhry had taken a suo moto notice of the case on June 7, 2012, constituting a fact-finding mission on July 17, 2012, to investigate the case.

The commission had then gone to Kohistan and investigated the matter, producing a report on July 20, 2017, which stated that the girls were alive.

Dr Farzana Bari, one of the commission members, had expressed her doubts that the girls weren’t the same and some other girls were produced clad in burqa and veil.

On January 3, 2013, Afzal’s three brothers named Shah Faisal, Sher Wali, and Raffiduddin were killed inside their homes by the girls' tribespeople.

Meanwhile, Bari, with the help of human rights activists and Afzal, had some tests conducted to ensure that the girls were same but the tests didn’t match.

When the case was appealed to be reopened, the apex court gave the National Database and Registration Authority (NADRA) orders to match fingerprints and CNICs. The tests came back negative.

On July 31, 2018, a new case was registered under the Palas police station under the supreme court orders.

In December 2018, then, four suspects identified as Umar Khan, Saber, Mohamad Sarfraz, and Saeer  were arrested.

Upon interrogation, the suspects confessed to killing three girls Begum Jan, Sireen Jan, and Bazgha by firing, saying they had disposed of the bodies in Nala Chorh. They had said Amna and Shaheen were still alive and would be presented before the court.

Iftikhar Khan, the district police officer (DPO) for Kohistan, had said raids were underway to arrest eight suspects who produced other girls for fake identification.

Afzal, however, had said the suspects were lying.

“They killed all five girls by severe torture and are not identifying graves as it will reveal their brutality,” he had added.