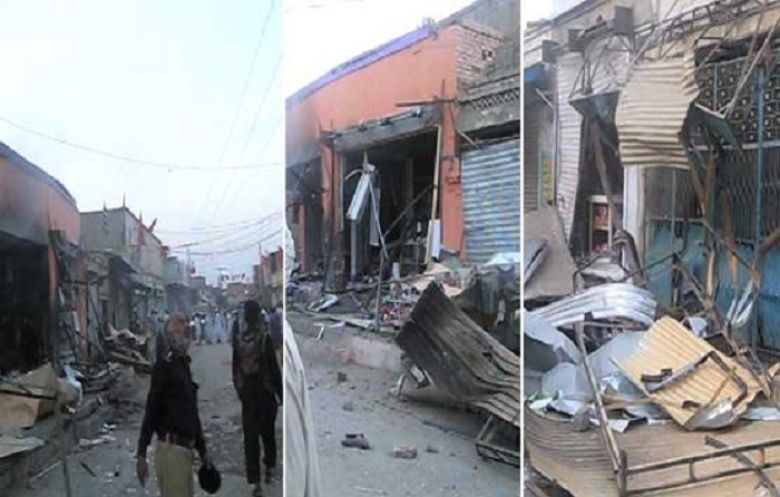 A female shopping centre was blown with explosives today (Wednesday) in Tank.

The strong blast rocked the shop located in the busiest market of the metropolis and partially damaged nine more shops, breaking their window panes whereas no life loss has been reported yet.

Police reached the scene and cordoned off the area.

According to Bomb Disposal Squad (BDS), five kilogram explosive material was used in the blast.

Besides this, panic spread among the citizens after the powerful blast.