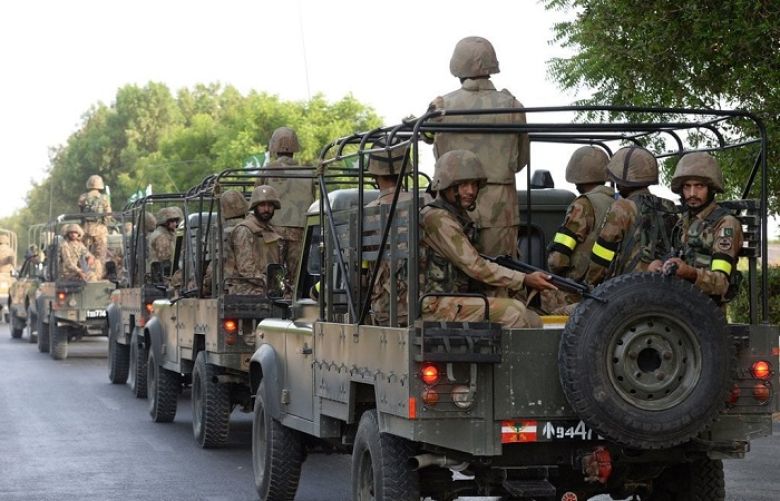 Two Pakistan Army soldiers were martyred in the Hilal Khel areas of Khyber Pakhtunkhwa’s Bajaur district on Wednesday during a gunfight with terrorists, according to a press release from the military’s media wing.

“On the night of Nov 15 and Nov 16, fire exchange took place between security forces and terrorists in the general areas of Hilal Khel, Bajaur district,” the ISPR said.

“During the intense exchange of fire one terrorist got killed. Weapons and ammunition were also recovered from the killed terrorist,” it said, adding that he had remained actively involved in terrorist activities against security forces.

Sanitisation of the area is being carried out to eliminate any terrorists found in the area, the ISPR added.

Earlier this month, the army’s military wing said a terrorist, “propagated as a missing person”, was killed while a soldier was martyred during an intelligence-based operation (IBO) in Shakas area of Khyber tribal district.

On October 26, two alleged bombers were killed after an intense exchange of fire as they attempted to attack a peace committee chief. The attackers, on a motorcycle-rickshaw and clad in explosive jackets, attempted to attack the office of Noor Alam Mehsud at Irfan Colony on DI Khan-Bannu road, a police official said.