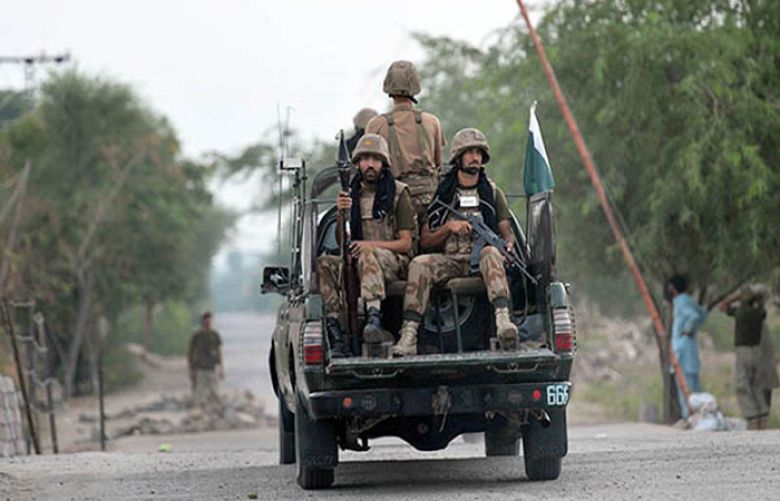 Security forces gunned down a terrorist during an intelligence-based operation (IBO) in Mir Ali area of North Waziristan.

The Inter-Services Public Relations (ISPR), in a statement, said that as the security forces conducted the operation, an intense exchange of fire took place between the troops and terrorists.

As a result, not only the terrorist was killed, but weapons and ammunition were also recovered from the person, the military's media wing said.

The ISPR further added that the terrorist remained actively involved in terrorist activities against security forces and killing of innocent citizens.

The military's media wing added that the terrorist was also involved in the targeted killing of Qari Sami in the North Waziristan District which took place last month.