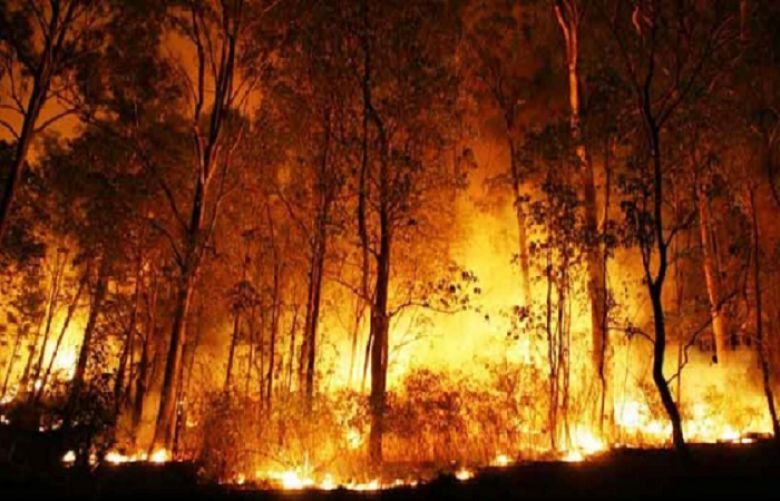 Forest fires that erupted in various parts Khyber-Pakhtunkhwa (K-P) continued raging as firemen struggled to bring them under control.

Fires have inflicted widespread damage on the indigenous flora and fauna in the region.

“Most fires in district Swat have been extinguished while 60 per cent fire in Kabal has been put out and firefighters are still trying their best,” said an official of Provincial Disaster Management Authority (PDMA) while talking to The Express Tribune, adding that there was no loss of life or property in these forest fires.

“Fire in the famous Elum mountain in Buner has also been brought under control which continued for at least four days. These fires occur almost annually,” said a local resident of Buner, adding that most of the time local people themselves start these fires in order to have good grass next season.

“I see these fires each year. Some are caused by thunders but most of the time local residents start these fires so that they have better vegetation next year for their cattle,” he said, adding that people often burn waste on a large scale in the mountains which causes uncontrolled wildfires.

On Saturday four people were burnt alive when forest fire engulfed a house in Shangla district of K-P.

As per the PDMA report a man, woman and two children have lost their lives. They are from one family who were unable to escape.

PDMA has already established a control room which could be contacted in case of emergency.