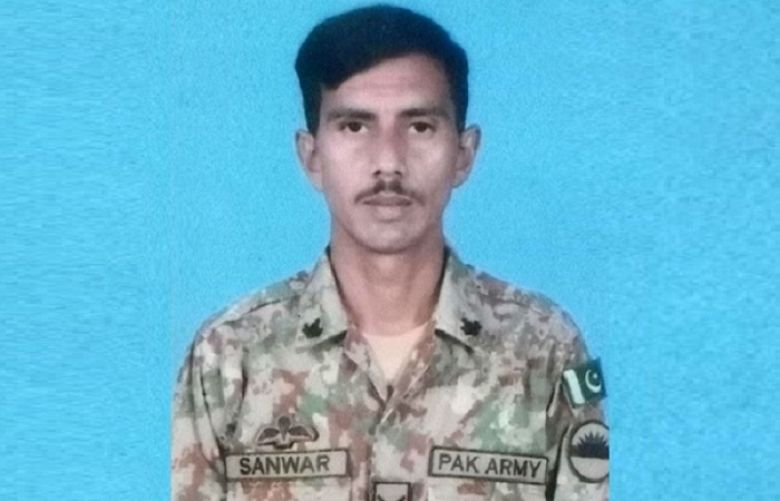 A Pakistan Army soldier embraced martyrdom in an improvised explosive device (IED) attack in the South Waziristan district, the military said in a statement on Thursday.

The Inter-Services Public Relations (ISPR) said the IED blast targeted the military convoy when it was passing through the Makeen area of the South Waziristan district.

As a result, 39-year-old Havaldar Muhammad Sanwar, a resident of Jhelum, lost his life.

"The area clearance operation is being carried out to eliminate terrorists in the area," the ISPR added.

Meanwhile, a terrorist was gunned down during an intelligence-based operation (IBO) in the Mir Ali area of North Waziristan.

The military's public affairs wing said the security forces faced resistance from terrorists as they launched the IBO in the area, and resultantly, one terrorist was killed during an exchange of fire.

The slain terrorist was identified as Muhammad Altaf, the ISPR said.

"Weapon and ammunition were also recovered from the terrorist. He was actively involved in terror activities against security forces," the ISPR statement added.