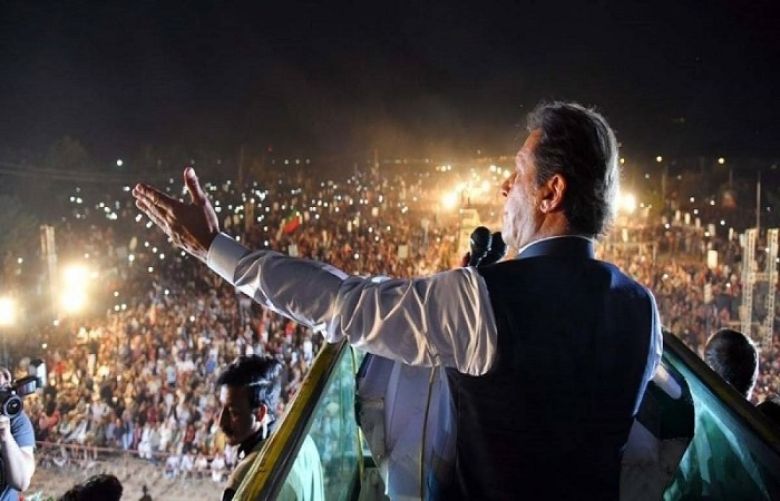 PTI Chairman Imran Khan warned that if a date for the general elections is not announced, then the "sea of people" heading towards Islamabad would be detrimental to the interests of the government.

The PTI chairman has held a series of jalsas in different cities, including Karachi, Mianwali, Lahore, and Peshawar, as he rallies his party workers and leaders against the government ahead of the Islamabad march.

In his address during the Mardan jalsa, the PTI chairman said he was calling people to Islamabad for a "revolution" that sought "real independence" for Pakistan.

"From here, I am giving a message to the corrupt thugs [...] and the convict should also hear this: You will not make decisions for the country, but citizens will decide who will rule Pakistan," Khan said.