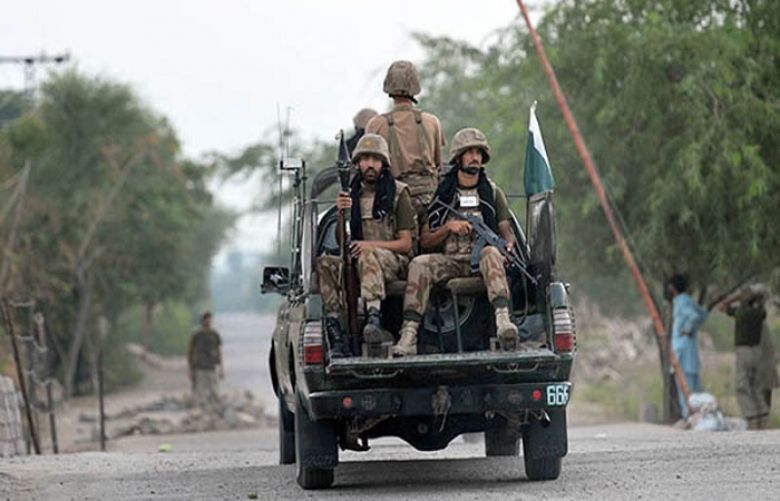 A Pakistan Army soldier was martyred after terrorists attacked a military check-post in North Waziristan on Saturday, according to the Inter-Services Public Relations (ISPR).

The military’s media wing said terrorists opened fire on a check-post in Ghariom area. The security personnel responded in a befitting manner, it added.

During an exchange of fire, Sepoy Shahid, 29, who was a resident of Bahawalnagar embraced martyrdom, the ISPR said, adding a clearance operation was launched in the area following the attack.

It reiterated the Pakistan Army’s determination to eliminating the menace of terrorism saying “sacrifices of our brave soldiers further strengthen our resolve”.

On August 2, a Pakistan Army soldier had embraced martyrdom after terrorists opened fire on a military post in North Waziristan’s Ghariom. The martyred serviceman was identified as 37-year-old Naik Ghulam Mustafa who was a resident of Muzaffarabad, the military’s media wing said.

A search operation was launched in the area to eliminate terrorists, the ISPR had said.