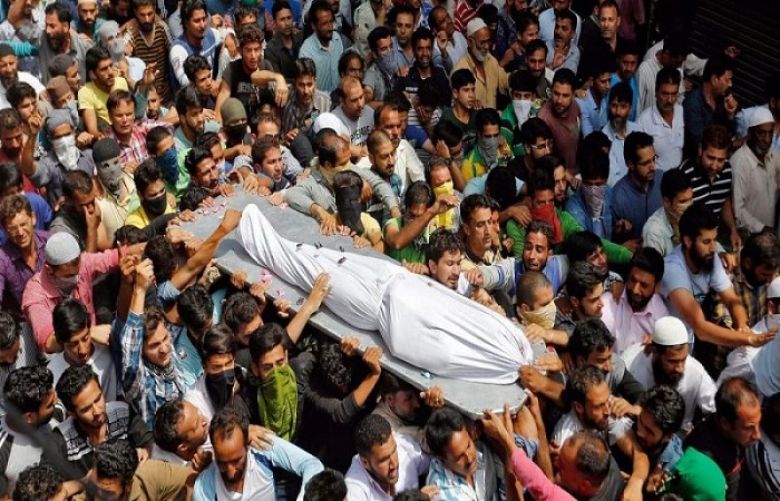 Indian troops in Indian-occupied Kashmir (IOK), in their latest act of aggression and state terrorism, on Friday martyred four  Kashmiri youths, taking the number of slain youths to four in Pulwama district since yesterday.

The troops launched a violent cordon and search operation at Panjran in Lassipora area of the district, last evening, and martyred one youth. four more youth were martyred by the troops in the same area, today.

The bodies of the youth were recovered from the debris of two residential houses destroyed by the troops in the area.

The killing sparked protests by the residents of the area, resulting in clashes between the demonstrators and the Indian forces.

Subsequently, Indian troops fired pellets and teargas shells to disperse the demonstrators, triggering clashes between the protesters and the forces’ personnel. Several people were injured in the brutal actions of the Indian forces.

On the other hand, troops have suspended internet services in Pulwama and several other areas in South Kashmir following the clashes.