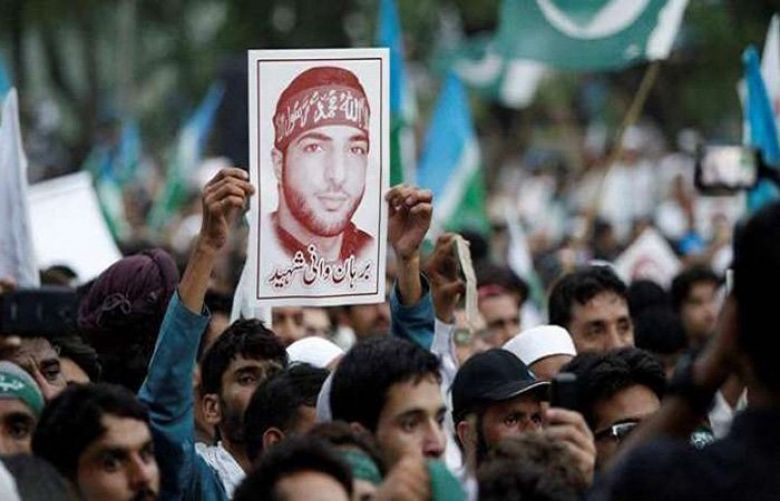 Wani was martyred along with two associates by the Indian troops in a fake encounter in Kokernag area of Islamabad district on July 8 in 2016.

The Joint Resistance Leadership comprising Syed Ali Gilani, Mirwaiz Umar Farooq, and Muhammad Yasin Malik has called for complete shutdown on Sunday. A public meeting will be held following a march toward Wani's native town, Tral, according to KMS.

The Joint Resistance Leadership in a statement called for a complete shutdown in occupied Kashmir on Saturday against the shifting of Andrabi.

The authorities also imposed restrictions in Nowhatta area of Srinagar and did not allow people to offer Friday prayers in the historic Jamia Mosque.