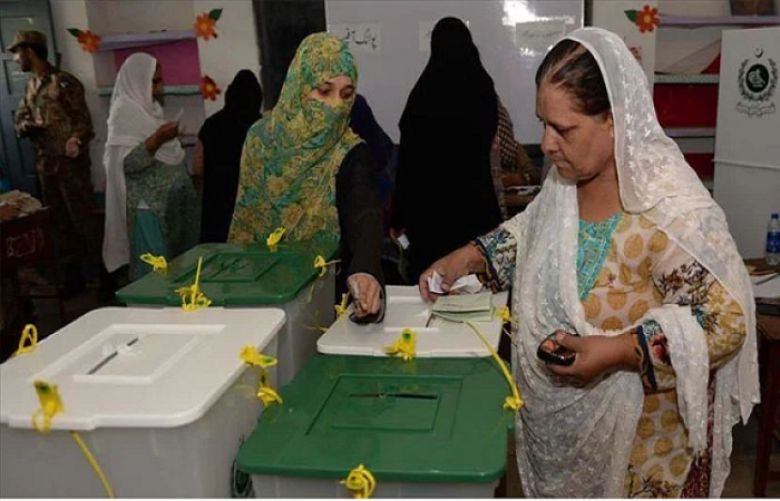 The Pakistan Tehreek-e-Insaf (PTI) won first place on Sunday with 229 seats in the Poonch division in the second phase of the local elections in Azad Jammu and Kashmir (AJK).

According to the Election Commission of Pakistan (ECP), the results of 708 out of 787 seats have been received.

The PTI was in first place with 229 seats, the Pakistan Muslim League-Nawaz (PML-N) was second with 129 seats and the Pakistan Peoples Party (PPP) came third with 104 seats.

The Jammu and Kashmir People's Party was in fourth place with 28 seats and the Tehreek-e-Labaik Pakistan (TLP) came fifth with seven seats.

Like Muzaffarabad, the mayorship of Rawalkot is also likely to fall to the opposition. The former ruling party will also not be able to appoint a chairman to Khai Gula, Hajira, Abbaspur and Dhirkot municipal committees.

In the second phase of LG polls on Saturday, over 1.16 million citizens voted in all four districts of the Poonch division, including Rawalakot, Sudhanoti, Bagh and Haveili.

At least 3,500 armed troops of civil forces, including Punjab and Khyber-Pakhtunkhwa police, assisted the local civil administration and the AJK police in ensuring the holding of the civic polls in a free, fair, and peaceful manner.

The AJK LG elections are being held in three phases on a political party basis. However, independent candidates are also in the running to contest the polls and get into the civic bodies of all categories across the liberated territory.

The polling in the third and last phase of the elections will be held in all three districts of Mirpur Division, including Mirpur, Kotli, and Bhimber, on December 8.

A total of 1,026 polling stations would be set up in Kotli district, 625 in Mirpur district, and 538 in Bhimber district, with 1,602, 924, and 850 polling booths, respectively, to facilitate both male and female registered voters.