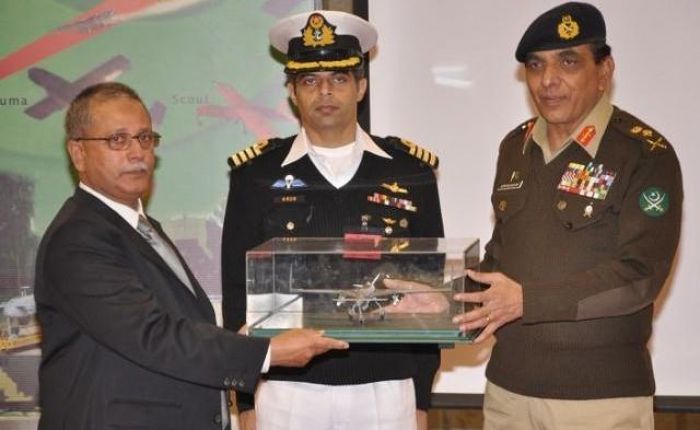 Chief of Army Staff (COAS) General Ashfaq Pervez Kayani visited Naval Headquarter and PAF HQ, where he met PAF and Naval Chief. The armed forces announced on Monday that they had inducted the very first fleet of unmanned aerial vehicles (UAV) in the Army and the Air Force.

According to a release from the Inter-services Public Relations (ISPR) announced that the first fleet of strategic drones, ‘Burraq’ and ‘Shahpar’, had been inducted into the forces. Both of the drones were produced indigenously. The military described the induction as a “landmark and historic event,” where a “very effective force multiplier has been added to the inventory of the armed forces.” The Army chief was also briefed at the occasion.

“In the future these UAVs could also be gainfully employed in various socio-economic development projects, as well,” it added, hinting at the possibility of using drones in non-combat settings and for civilian use. General Kayani, while appreciating the work of NESCOM scientists and engineers, highlighted that induction of indigenously developed surveillance capable UAVs in Pakistan Armed Forces is a force multiplier, and will substantially enhance their target acquisition capabilities in real time.