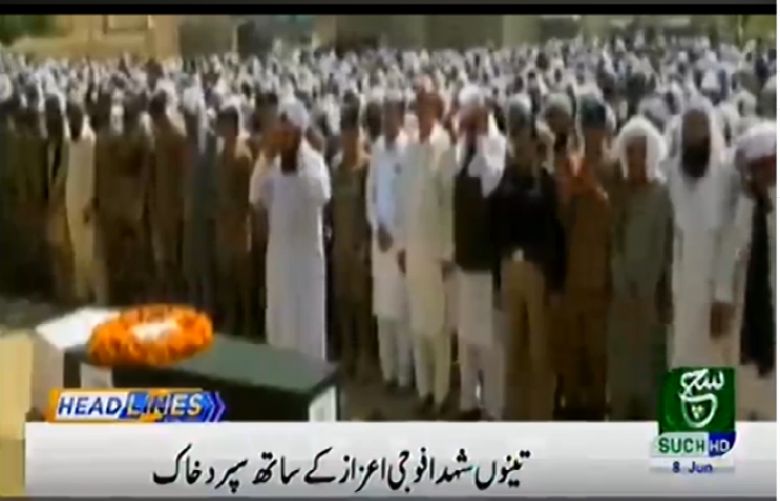 The funeral prayers for three Pakistan Army officers martyred in the North Waziristan blast were held on Saturday.

As per details, Captain Irfan Ullah was laid to rest in his hometown with a large number of officers and locals attending his funeral.

The funeral prayers for martyred Lt. Colonel Raashid Karim Baig were offered at Gilgit. The chief minister of Gilgit-Baltistan and Pakistan Army officers attended the funeral.

On Friday, four Pakistan Army personnel were martyred and four others injured during a blast caused by an improvised explosive device (IED) in Kharkamar, North Waziristan, the Inter-Services Public Relations (ISPR) said in a press release.

ISPR further said: "This is the same area where forces had conducted search operations and arrested few facilitators.

"During last one month 10 security forces personnel have been martyred while 35 got injured including today's casualties," it added.