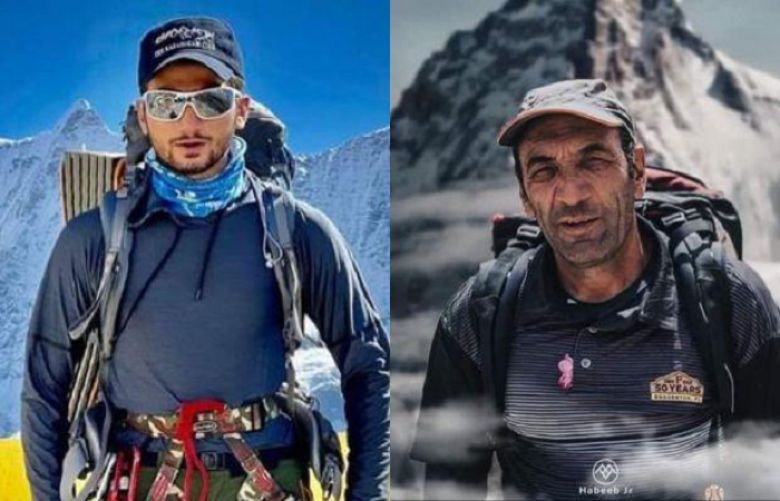 The Pakistan Army is set to airlift mountaineers Shehroze Kashif and Fazal Ali from Nanga Parbat’s camp 2 on Thursday after the rescue team on the ground made contact with them, the military’s media affairs wing said.

The two mountaineers had summited Nanga Parbat, the ninth highest mountain in the world at 8,126 metres, on Tuesday morning. However, the duo was reported to have gone missing while on their way back.

The Gilgit-Baltistan government had started a rescue operation within hours. On Wednesday morning, the regional government announced that police officials and climbers present at the base camp had confirmed that telescope visuals showed the mountaineers descending from camp 4 and they were “okay”.

However, bad weather did not permit Pakistan Army helicopters to rescue the stranded climbers on Wednesday while the ground rescue team could not move up to camp 1.

In an update on Thursday, the Inter-Services Public Relations (ISPR) said in a statement that the ground rescue team had established physical contact with Kashif and Ali at camp 2.

Pakistan Army pilots would attempt to airlift the stranded mountaineers by exploiting a small weather window available to rescue them from the camp located at 19,000 feet, it added.

The development was also confirmed by Diamer Deputy Commissioner Fayyaz Ahmed, who said that another team of mountaineers, equipped with walkie-talkies, was present at camp 2.

Separately, Kashif’s official Facebook page posted that the climbers had reached camp 2 and they were “fine health-wise”.

It said that the mountaineers spent the night of July 5 in the open to wait for the weather to get clear and resumed their descent early in the morning.

“The duo has shown great resilience and willpower to manage things themselves in such harsh and unfavourable conditions,” it added.

Kashif’s father thanked the army, chief of army staff, ISPR director general, and the GB government for their support.

Alpine Club of Pakistan (ACP) Secretary Karrar Haidri earlier told Dawn that Kashif, who hails from Lahore, had “set another world record by summiting Nanga Parbat”, adding that the youngster had now scaled eight of the 14 peaks that were over 8,000 metres.

He is aiming to become the youngest climber in the world to summit all 8,000-metre high mountains, Haidri said.

On the other hand, Fazal Ali is an experienced mountaineer from Shimshal Valley of Hunza and had set the world record of climbing K2 three times, he added.