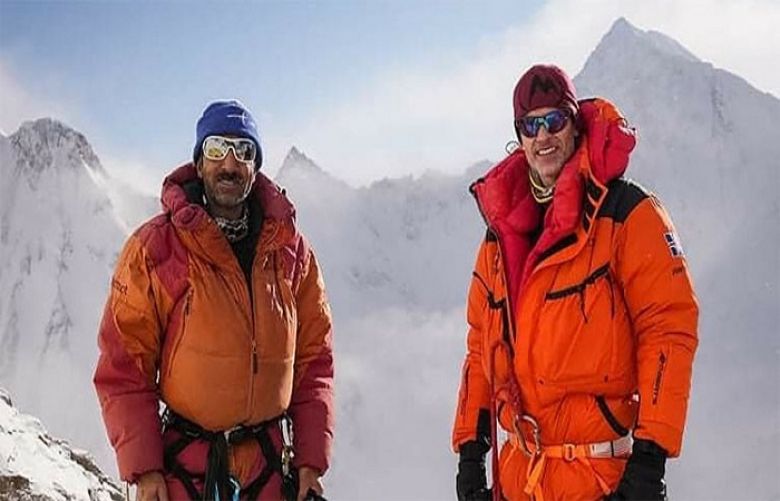 The families of the three climbers — John Snorri, Ali Sadpara and Juan Pablo Mohr — that went missing last week on K2 are holding on to hope and have expressed the resolve to continue their search for them, helped by the use of cutting-edge technology.

According to a joint statement released by the families, shared on Twitter by Vanessa O’Brien, the designated media contact, "the families of the three missing climbers from Iceland, Chile and Pakistan have decided to proceed with their rescue mission despite four days of gruelling nonstop intensive search-and-rescue coming to a halt due to bad weather".

Detailing how they will be proceeding in their mission, the families in the letter, say that Rao Ahmad, Ali Sadpara’s long-time friend and Sajid Sadpara, Ali Sadpara’s son, along with British-American climber, Vanessa O’Brien, who also serves as Pakistan’s Goodwill Ambassador and summited K2 with John Snorri, "have formed a virtual base camp to ensure a thorough search-and-rescue effort".

According to the statement, the climbers are up against extreme weather elements and there are reasons why the K2 had not been summited in winter before — until a 10-member strong Nepalese team did so earlier this year.

"The freezing temperatures and wind chill, averaging -50 degrees Celsius, along with exhausted climbers, created a challenge, but everyone did what they could," read the statement, thanking in great detail all those who have taken part in rescue efforts.

The families believe that the fact that they have not been found yet could be because "they have built an ice cave or shelter, and if they had sufficient fuel to melt water, it could have extended their lifeline, but it depends how low they made it down on the mountain".

Where aerial reconnaissance turned up empty however, there is another way to locate the missing climbers' whereabouts.

According to the statement, the team is working with the Iceland Space Agency to "review SAR technology not SAT technology — never before used in search-and-rescue — to cover every inch of the higher elevations of this mountain despite the bad conditions".

"ICEYE’s slogan, 'every square metre, every hour' gives us the perfect visual acuity to view areas inaccessible to helicopters because of harsh winter conditions and excessive winds," it said.

The families have requested all those that are following news of the missing climbers to "please avoid rumours".

"We ask that everyone please realise that there is a lot of work going on in the background tracing department and not to worry if helicopters can fly or not fly — we need somewhere for them to fly to.

"If the weather is good, yes — they will fly, but multiple flights have not seen any bodies. We are using more sophisticated technology. Please avoid those rumors that talk rubbish."

The statement also revealed that there is additional data from devices the climbers carried — Garmin, Thuraya, Inmarsat — available to determine what transpired, as well as interviews provided by witnesses "to create a time frame of the climbers’ locations during their summit bid".

The families have requested the Pakistan government to "continue to provide search and rescue support, weather permitting".