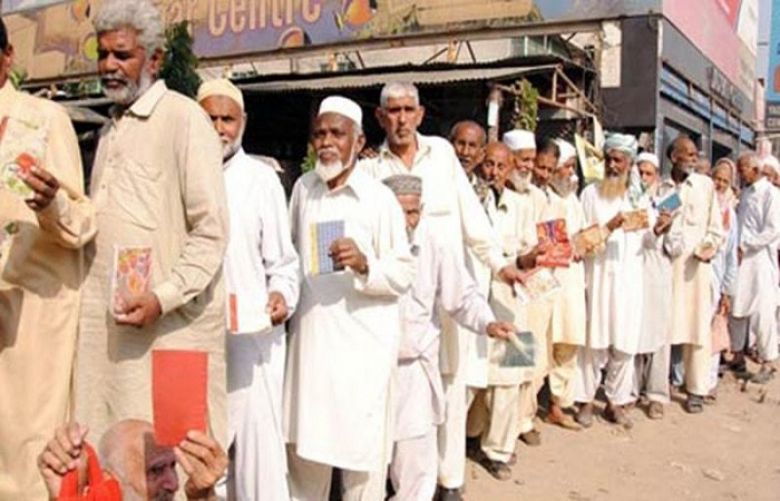 The federal government on Saturday announced to release pension of Employees’ of Old-Age Benefits Institution (EOBI) pensioners before Eid-ul-Adha.

According to details, each retired employee registered with the EOBI will get increased pension of Rs8,500 coupled with arrears of six months.

In addition, the cardholders of EOBI will get basic commodities on discounted rates from the state-owned Utility Stores under an agreement signed yesterday.

An agreement had been signed between Utility Stores Corporation (USC) and Employees Old-Age Benefits Institution (EOBI) for providing basic commodities on discounted rates to the registered people.

On the occasion, Zulqarnain Khan said that the chain of Utility Stores will provide the facility to EOBI cardholders across the country after issuing Sahulat Card to them. He added that the cardholders will get discounts on different commodities in the stores.

Sahulat Cards will be distributed among the deserving people after verification from the National Database and Registration Authority (NADRA), he said.

The latest agreement was signed after the approval of the federal cabinet members during the last session where PM Imran Khan greenlighted an increase in EOBI pensions.