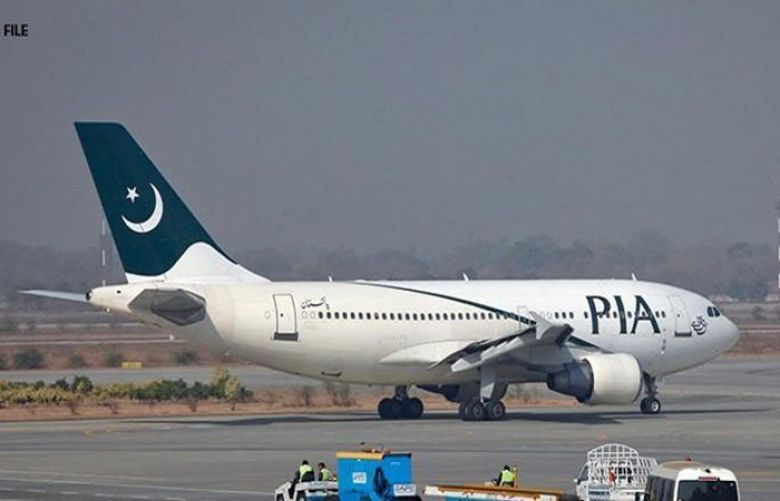 The suspension will take effect on July 1, at 12 noon UTC time, he said.

Therefore, all PIA flights to Europe have been temporarily cancelled.

"Those who have a PIA booking can move the date forward or get a refund," the spokesperson said.

The EASA told PIA "it is still not sure" if all the remaining pilots are properly qualified, "and thus they have lost their confidence" in the airline, the spokesperson told AFP.

"PIA is in constant contact with the agency," he said, adding: "We are taking steps to address their concerns."

"It is hoped that the suspension will end soon due to the [remedial] steps taken by the government and the administration," the spokesperson said.

In EASA's notification to the Civil Aviation Agency, the safety agency has observed that PIA's authorisation to operate in Europe was issued on May 17, 2016.

Since then, it has been a matter of routine to "assess the continued compliance" by PIA with the agency's requirements.

It said that two technical consultation meetings were held at the EASA's premises in Cologne on June 13, 2019 and September 3, 2019, following which six findings were raised.

"For all findings, [PIA] proposed corrective action plans (CAPs), which were accepted by EASA. Following the review of the evidence of implementation of the agreed CAPs, five findings were closed.

"For the remaining finding, which is related to Safety Management, [PIA] failed to fully implement the agreed CAP despite an extension of the CAP implementation period," reads the letter.

"The operator could not demonstrate having effectively implemented all elements of a Safety Management System as required by Annex 6 Part 1 and Annex 19 to the Chicago Convention."

The EASA also made a reference to Aviation Minister Ghulam Sarwar Khan's disclosure to the parliament on June 24 regarding "fraudulent" licences issued by Pakistani authorities to more than 260 out of 860 pilots.

"Based on this information, EASA is concerned about the validity of the Pakistani pilot licenses and that Pakistan, as the State of operator, is currently not capable to certify and oversee its operators and aircraft in accordance with applicable international standards," the letter said.

The EASA's letter also stated that the concerns had been forwarded to PIA on June 26, following which the airline on June 28 "proposed additional timelines (three to four months) for some of the actions".

"The provided proposals and explanations [...] are however considered insufficient by EASA," said the letter.

- The software application, proposed by the operator, for safety data management, risk assessment and analysis including the statistical analysis and the ability to identify repeated or similar hazards/occurrences is still under development.

- In addition, in response to the consultation letter sent to the operator on 26 June [PIA] indicated that the software development completion requires additional three to four months, which cannot be granted by EASA, as EASA considers that the the operator had been granted a sufficient timeline to eliminate the issues (more than nine months since the issuance of the finding).

- Insufficient evidence was provided confirming the complete implementation of the agreed CAP related to functional reporting of the Safety Action Groups (SAGs) to the corporate safety department, as it did not contain a revised policy and related procedures.

- On 23 October 2019, [PIA] issued a policy to timely address the safety reports. However, the submitted evidence revealed that since December 2019 none of these reports were processed, as for instance, the respective root causes were still not identified.

- Submitted documents related to the measurement of safety performance indicators (SPIs) revealed that some of the SPIs were controlled by different departments with different target settings.

- Furthermore, PIA provided evidence of the correction of the calculation errors of the SPIs for 2018, where EASA found some major inconsistences, and even illogical [data], for instance the input for the SPls are performed in flight hours, but the formula calculates number of landings. Furthermore, the submitted corporate SPIs does not contain all indicators measured by the departments themselves.

- PIA claims that it has grounded all pilots that were part of the list of fraudulent license holders compiled by the Pakistani authorities. However, this does not mitigate EASAS's concern, as there are strong indications that a high number of Pakistani pilot licenses are invalid.

- EASA therefore no longer has confidence that Pakistan, as the State of operator, can effectively ensure that operators certified in Pakistan comply at all times with the applicable requirements for crew qualification.

PIA has been granted the right to appeal the decision within two months of EASA's notification.

It is required to pay a fee when lodging the appeal.

The appeal notification form and further instructions are available on the EASA website, according to the letter.

The move is a big blow to the airline, already under scrutiny the world over due to recently uncovered pitfalls within Pakistan's aviation industry, such as pilots possessing "fake" licences as put by the aviation minister.

The startling revelations came as the minister presented the interim report on the probe into the May 22 PIA plane crash.

Following the report, the International Air Transport Association (IATA) had expressed concern over the "serious lapse in licensing and safety oversight by the aviation regulator".

Subsequently, on June 24, the aviation minister announced that the qualifications of 262 pilots in Pakistan are "dubious" and thus they will be barred from flying, to which the EASA letter also referred.

The pilots in the line of fire include 141 from PIA, nine from Air Blue and 10 from Serene Airline.

The rest of the 262 belong to flying clubs or chartered plane services, he said. He said all the airlines and the clubs had been conveyed that: “Their credentials are dubious, and they shouldn’t be allowed to fly.”

With the back to back developments causing an international uproar, the Civil Aviation Authority of Vietnam (CAAV) on Monday said it had grounded all Pakistani pilots working in the country.

Vietnam had licensed 27 Pakistani pilots, and 12 of them were still active, while the other 15 pilots’ contracts had expired or were inactive due to the coronavirus pandemic, according to the CAAV.