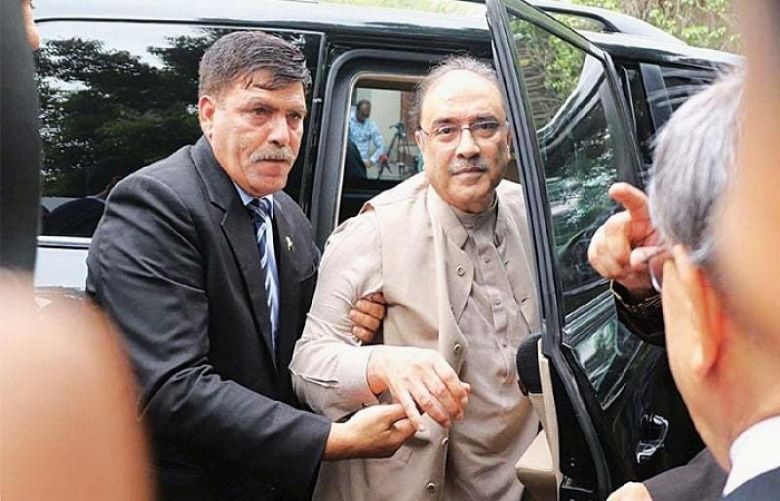 As Judge Azam Khan of the accountability court resumed proceedings of the case on Wednesday, Zardari’s counsel submitted an application seeking exemption of his client from the court appearance due to ailment and ongoing Covid-19 situation.

The court accepted exemption pleas of Asif Zardari, his sister Faryal Talpur in money laundering and Park Lane case and postponed the proceedings till July 17.

Zardari, his sister Faryal Talpur, his son Bilawal Bhutto Zardari and other accused face charges of corruption through fake bank accounts and embezzlement in the financial facility for Park Lane Private Limited and Parthenon (Pvt) Limited.

According to anti-graft watchdog body, Asif Ali Zardari was allegedly running a fake front company by the name of Parathon as a shareholder in Park Lane properties.

A loan worth Rs 1.5 billion was taken out from the bank and transferred to the company account in a private bank.

It has also been revealed that he had forged documents to comply with the loan policy and coaxed the National Bank into loan approval.