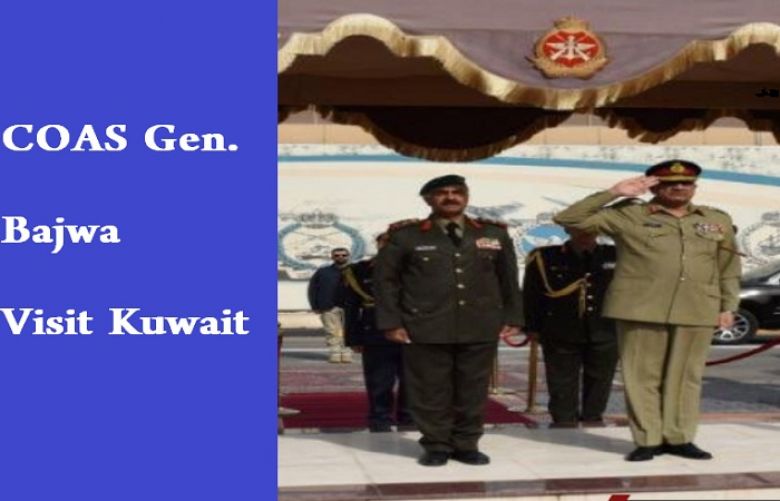 Chief of Army Staff (COAS) General Qamar Javed Bajwa on Thursday discussed bilateral defence and security cooperation with the senior Kuwaiti leadership on a day-long visit to the country, according to the ISPR.

The army chief was received by His Excellency Lieutenant General Mohammed Khaled Al-Khadher, Chief of General Staff Kuwait Armed Forces when he arrived earlier at the Army headquarters. He was presented with a guard of honour upon his arrival.