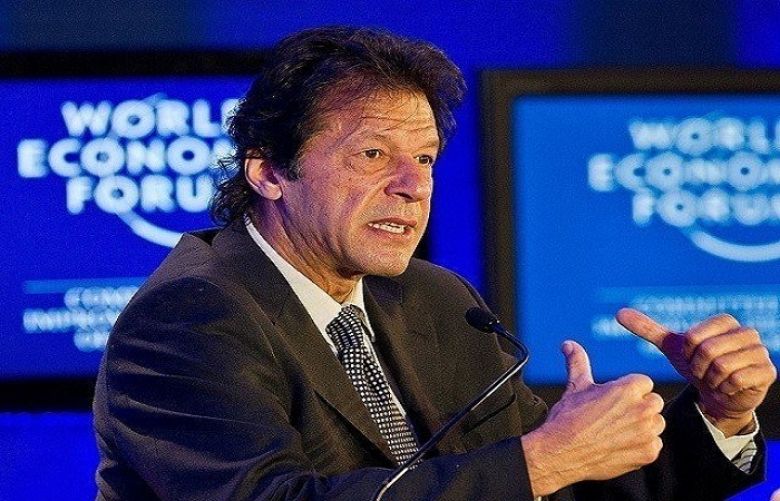 Prime Minister Imran Khan on Wednesday said that although Pakistan and India are currently not close to engaging in an all-out conflict, international powers including the United Nations and United States "must act" to prevent tensions between the two nuclear-armed countries from reaching a point of no return.

Speaking during an interview with the International Media Council on the sidelines of the World Economic Forum annual meeting in Davos, Switzerland, the premier said he fears that India might attempt to raise tensions at the border in order to divert attention from domestic protests against two government measures that have been criticised as anti-Muslim.

"You cannot have two nuclear-armed countries even contemplating a conflict," he said, adding that it for this reason that the UN and US must take steps. He also demanded that UN observers be allowed along the Line of Control.

The prime minister recalled that he "came across a brick wall" when he reached out to Indian Prime Minister Narendra Modi after assuming office in 2018, and the relationship deteriorated with India sending fighters jets into Pakistani territory in retaliation for the Pulwama attack in occupied Kashmir.

But "things went from bad to worse" when New Delhi unilaterally annexed occupied Kashmir in August last year, he said, terming the existing state of affairs in India a "disaster" for the people of India and occupied Kashmir.

"I just think that the path which India is going [on] is a disaster for India."

Answering a question, Prime Minister Imran said the close relationship between India and the US was "understandable" because of the former being a huge market for the latter. But he said his main concern is the "direction" in which India is going and that the sequence of events taking place in India bears "striking resemblance" to Nazi Germany.