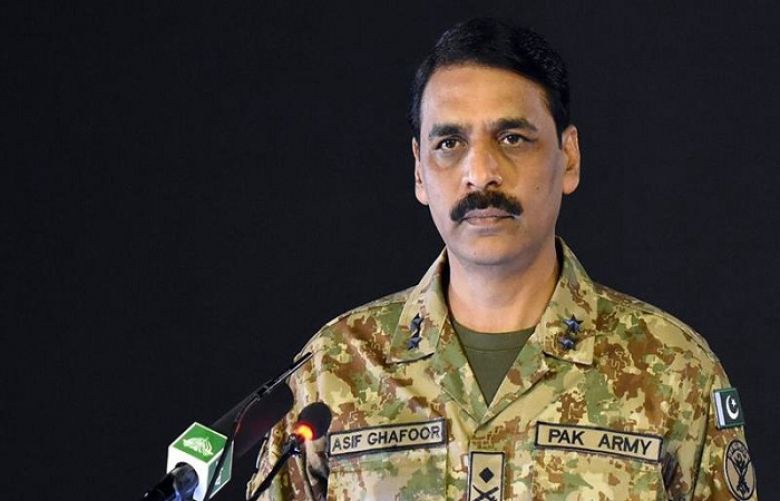 Director General Inter-Services Public Relations (ISPR) Major General Asif Ghafoor on Sunday said that Pakistan will only play the role of a peacemaker and not take sides in the ongoing conflict between the United States and neighbouring Iran.

Major Gen Ghafoor's remarks came in the wake of the killing of top Iranian commander Qassem Soleimani by a US drone strike on Friday in Baghdad.

The DG ISPR, in an interview with a local TV channel, said that "Pakistan has defeated terrorism on its territory and will not allow its soil to be used against any other country."

To a question regarding claims made in Indian media that Pakistan’s policy towards Iran has changed in the light of US resumption of military training program for Pakistan Army, the DG ISPR deemed it "Indian propaganda" and "fake news".

“Islamabad and Washington were in talks for the last four or five months over the issue and linking it as Pakistan aligning with US is Indian propaganda,” he said.

"Pakistan Army is a responsible and professional force and has exercised restraint despite provocative statements from Indian leadership."

The army spokesperson also talked about the conversation between COAS Bajwa and US Secretary of State Mike Pompeo.

He said the army chief had told Pompeo that “the region is making progress towards peace from a very bad situation and the Baghdad incident is detrimental to the peace efforts in the region.”

“General Bajwa has an important role with regards to regional security and Afghan peace process and Pakistan don’t want to see another conflict in this region,” said the DG ISPR.

“Pakistan would oppose any thing that is affecting Afghan reconciliation process as it needs focus from all the parties. We are of the view that dialogue is the way forward to achieve lasting peace.”