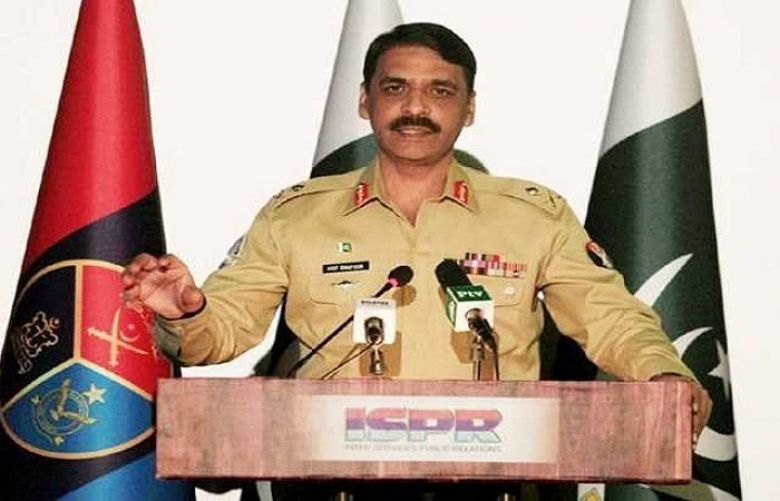 Director General Inter-Services Public Relations (ISPR) Major General Asif Ghafoor on Monday reiterated that the Pakistan Army and the government were on the same page on all issues.

Talking to a private news channel, Asif Ghafoor said that it was the Army’s constitutional responsibility to support the democratic government.

Dispelling talks about differences between the government and the military as rumors, the DG ISPR said that Prime Minister Imran Khan and the Chief of Army Staff (COAS) General Qamar Javed Bajwa were on the same page.

He maintained that both the leaders were in contact with each other and there was no differences between them over the state’s affairs.