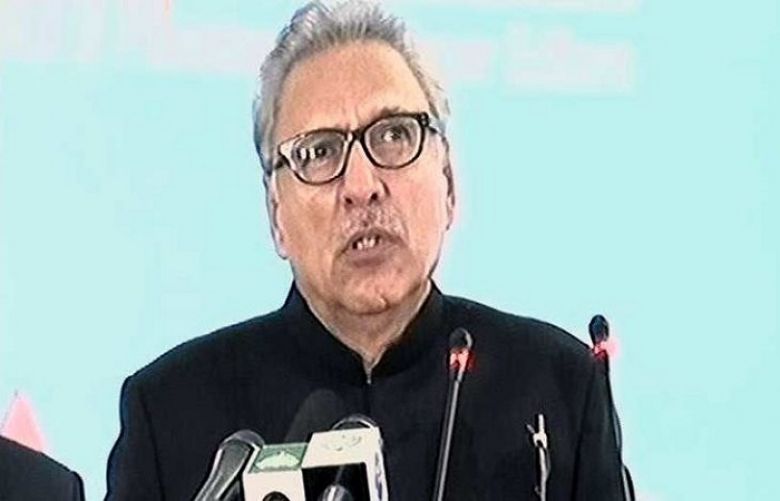 President Arif Alvi has stressed the need for resolution of conflicts for peace and stability in the region and the world at large.

Addressing a seminar on Regional Peace and Development in Islamabad on Wednesday, he said there are several UN Security Council resolutions promising right of self-determination to the Kashmiri people.

He said Pakistan and the Kashmiri people had hopes from the United Nations that these will be implemented.

He said the nations should rise above their vested interests and work collectively for the humanity to cope with the challenges including that of the global warming.

President Arif Alvi said Pakistan has overcome terrorism and the country learnt from its experiences.

On the Indian Supreme Court's judgment in Babri Mosque, the President said there is frustration amongst the Muslims as well as other minorities in India.