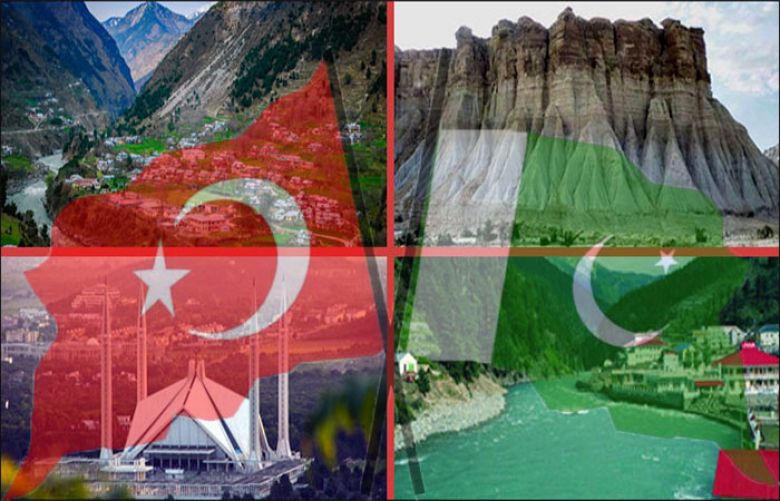 Pakistan and Turkey agreed to establish a Centre of Excellence in Tourism and Hospitality Management in Islamabad.

The project was given final shape during a meeting between Shafqat Mahmood, Federal Minister for Education, Professional Training and National Heritage and Dr Serdar Çam, Deputy Minister for Culture and Tourism of Turkey in Ankara, a message reaching here said.

Briefing the Turkish dignitary about potential of tourism sector of Pakistan, Shafqat Mahmood said domestic tourism in Pakistan reached its peak during current year but stressed on the need for more efforts to attract more foreign tourists.
He also conveyed his gratitude to the people and leadership of Turkey for standing by Pakistan on issues of its core national interest, particularly Kashmir issue.

He also assured Pakistan’s support on issues that concerns Turkey.

Both sides expressed the hope that the upcoming Pakistan visit of Turkish President Erdogan will provide further momentum to bilateral ties.

He informed that since 2010 when TIKA office was established in Pakistan, TIKA has undertaken about 148 projects in Pakistan in various sectors focusing on education, health, skills development, employment generation and women empowerment.

Turkish side showed keen desire to do more projects in the area of technical education and vocational training.

Minister Shafqat Mahmood said Pakistan is establishing National Skills University in Islamabad and the proposed Centre of Excellence in Hospitality and Tourism Management will part of it as its campus.

He said Pakistan government is revising national education curriculum in order to make it relevant to market needs. This will include technical education and vocational training as a priority area, he added.

Pakistan delegation later visited Turkish Parliament and observed its proceedings. As a show of solidarity with Turkey, they visited the site in Parliament building bombed during the July 15, 2016 failed coup.