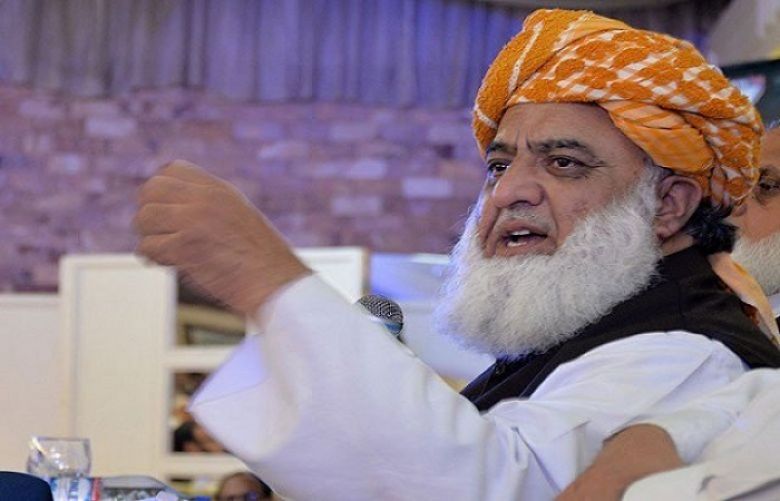 The minister said that Fazl has been issuing incendiary speeches after losing the elections last year, adding that he would initiate legal action if the JUI-F leader fails to respond within 15 days.

Gandapur said that he has ‘a lot of evidence to get him (Fazl) sentenced’.

JUI-F leader Hafiz Hamdullah said that the action against Maulana Fazl is only to stop the march and these steps are only mean to incite, which can cause contention.

He further said that the minister can send the legal notice by all means, but the march will take place.

Chohan — a leader of the ruling Pakistan Tehreek-e-Insaf's (PTI) — said the NAB should question and investigate Fazl over railways and alleged fraud pertaining to the martyrs' estates.

The JUI-F chief has announced Azad March in the federal capital on Oct 27.