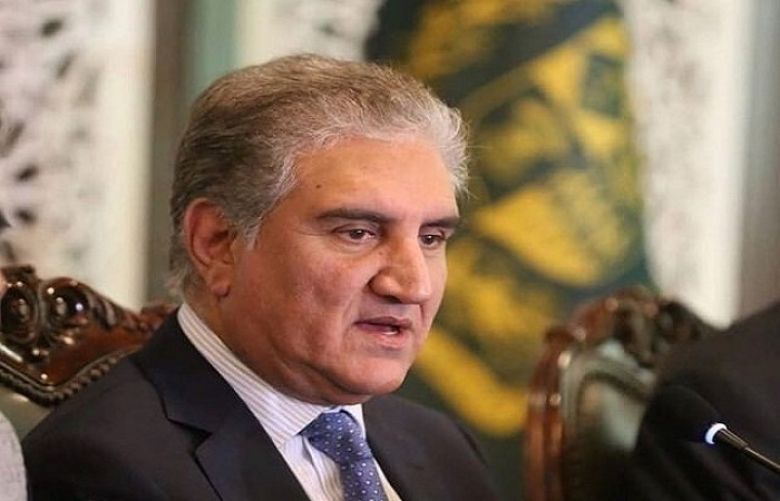 Foreign Minister Shah Mehmood Qureshi has urged the Jamiat Ulema-i-Islam-Fazl (JUI-F) to reconsider its decision of marching on Islamabad on October 27.

“Maulana has announced to protest in Islamabad on October 27, and it was October 27, when New Delhi took over the Indian Occupied Kashmir (IOK). This day is associated with the Kashmiri people. By protesting on this day, JUI-F will not only damage Pakistan but also the Kashmir cause,” said FM Qureshi while speaking to a private television channel.

October 27 is marked as a ‘black day’ as the saga of suffering of the people of occupied Kashmir started with the landing of Indian troops in Srinagar on that day in 1947.

“Maulana is a respectable man. If on October 27, there is a debate over an issue other than Kashmir, then India will find exaggerate it,” warned the foreign minister

FM Qureshi further requested Maulana Fazlur Rehman to rethink his decision. “He can protest but his protest must not be merged with the matter of Kashmir.”

Rehman, the chief of his eponymous faction of JUI, gave the protest call on Thursday to oust the government, setting aside all speculations.

The two main opposition parties – Pakistan Peoples Party (PPP) and the Pakistan Muslim League-Nawaz (PML-N) – tried earlier this week to discourage him from ‘going solo’ with the anti-government rally, but to no avail.

A PML-N delegation met Rehman on October 2 to convince him against the march. The JUI-F chief, at a joint presser following that meeting, dropped a hint that his party might consider the proposal.

However, after an intra-party consultative session of the JUI-F top cadres the next day decided against delaying the march. Rehman, flanked by his top party aides, confirmed to the media following the session that their march would begin later this month.

He also hinted at staging a sit-in (dharna) at Islamabad’s D-Chowk where the PTI had staged a marathon dharna in 2014 against alleged rigging in the 2013 elections. “We are not ones to disperse easily,” the cleric said.

The JUI-F chief’s announcement stirred up speculation that he had disregarded the proposal of the other opposition parties by ‘going solo’.

“We’re in contact with all the other parties and making decisions in consultation with them,” Rehman had told the media on Thursday.