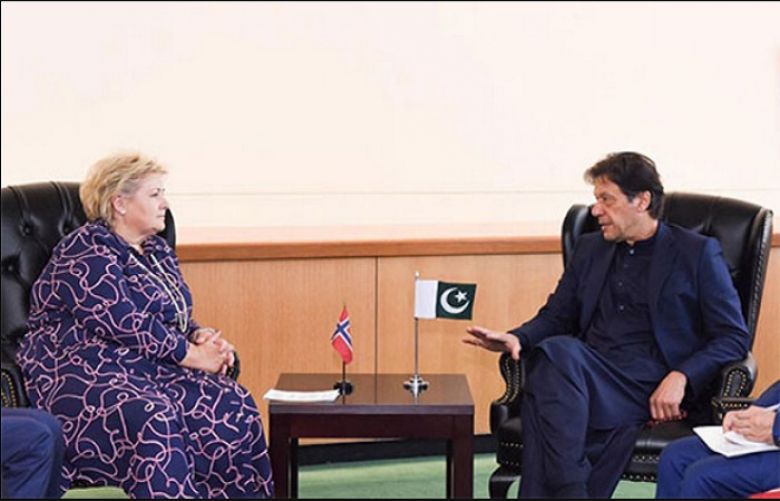 The two leaders discussed a wide range of bilateral, regional and multilateral issues of mutual interest. They also expressed satisfaction at the current trajectory of bilateral relations.

“The curfew should be immediately lifted in Indian occupied Jammu and Kashmir so that the people there can freely express what they feel about Indian aggression,” PM Imran said.

He underscored the importance of resolution of the Jammu and Kashmir dispute for safeguarding peace and security in the region.

Prime Minister Imran Khan noted that a vibrant Pakistani diaspora in Norway played an important role in strengthening friendship between the two countries. He said that Pakistan is interested in expanding bilateral economic relations with Norway.