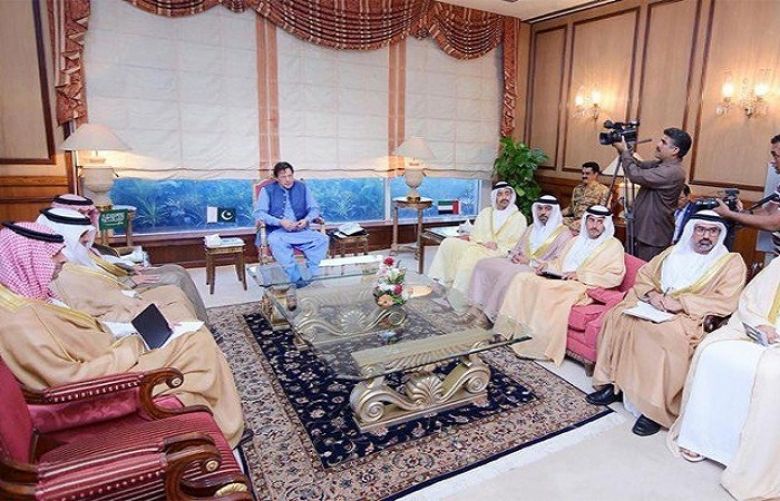 PM Imran expressed concern over the human rights violations in IoK and put emphasis on lifting of curfew.

The two dignitaries expressed concern over the human rights violations and said that contact will continue on the subject to ensure an end to tensions.

The meeting took place here at the Foreign Office soon after the arrival of the Saudi and Emirati dignitaries here on a day-long visit.

Prior to the delegation-level talks, the three foreign ministers warmly shook and raised hands in front of cameras as a gesture of unity among the three nations.