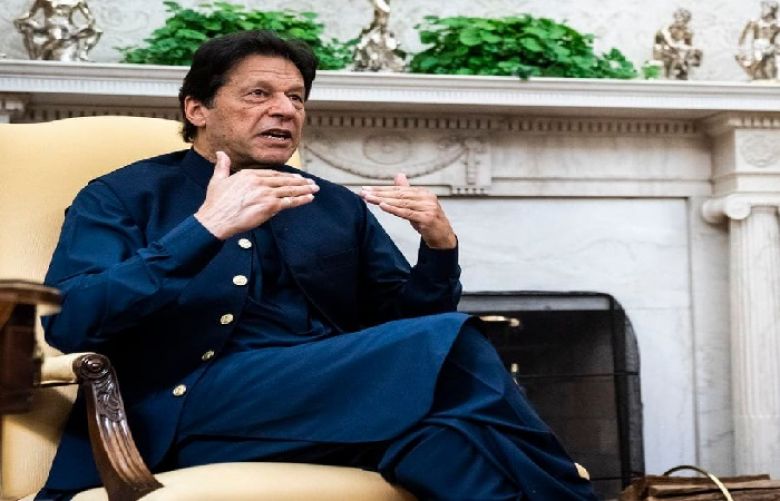 Prime Minister Imran Khan on Tuesday ruling out the option of nuclear war with India, said it is not an option and India must abandon its nuclear weapons.

Prime Minister said while giving an interview to an American news channel in Washington.

Commenting on Pakistan’s nuclear weapon’s security he said, the weapons are in safe custody. “Pakistan has a comprehensive and effective nuclear command and control system.”

On Kashmir conflict, the premier said the United States is the only country which can play a role of mediator between India and Pakistan to resolve the issue of Kashmir.

He said Pakistan and the United States were important allies in the war on terror and both the countries suffered a loss due to mistrust in the past.

“A prisoner swap issue could be discussed with the United States”, he was quoted as saying during the interview.

Prime Minister said that only elections could bring peace in Afghanistan as the United States has been fighting a war in the country for the last four decades but failed to bring peace in the war-torn country.

He said we are near to reach an agreement for the peace in Afghanistan. Our job was to bring the Talibans on the table for talks.