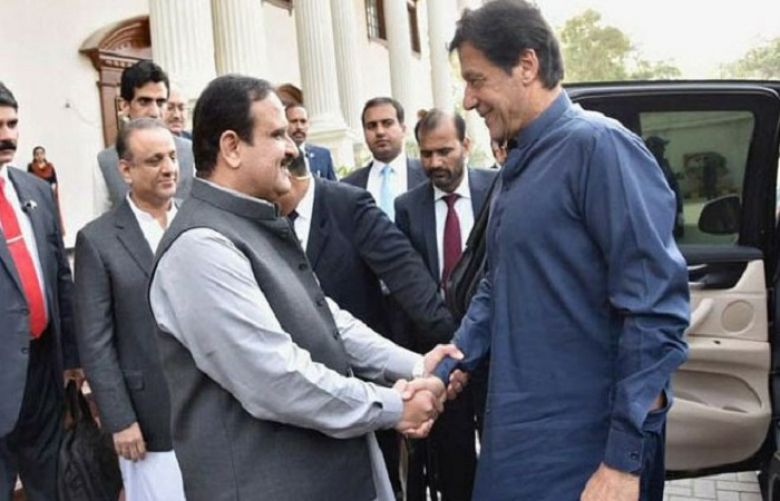 The Prime Minister was briefed on development projects underway in the province by the Chief Minister and was also apprised with the performance of provincial ministers.

As per details, the premier will hold a meeting with Governor Punjab Chaudhry Muhammad Sarwar as well.

The sources privy to the matter said PM Khan and Usman Buzdar’s one on one meeting is also expected after the briefing.

In his last visit, the prime minister chaired a consultative meeting of the PTI’s elected representatives of Punjab and got a briefing on the development program.

Sources also revealed that the Prime Minister will also meet the businessmen and traders of the Lahore Chambers of Commerce (LCC) in the visit while also surveying development and relief works in Lahore after a spell of monsoon rains.

Khan would also survey the Industries of the city while chairing a meeting pertaining to Agriculture, Healthcare and other basic amenities, the provision of which is the state and the province’s responsibility.