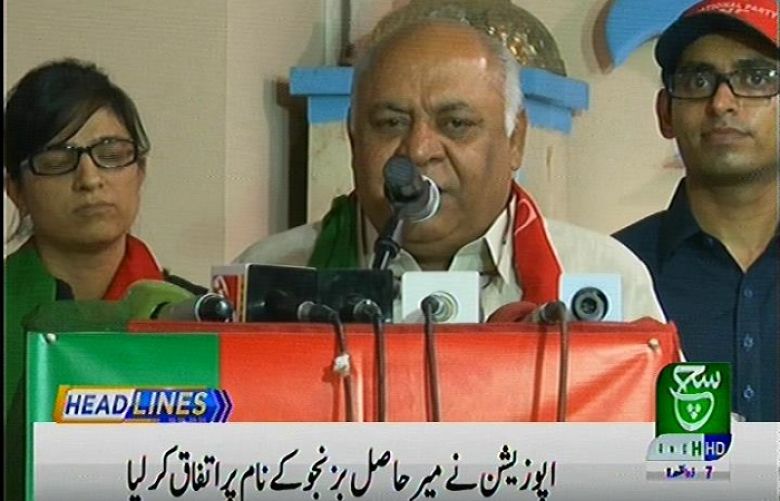 Bizenjo remained an ally of the Pakistan Muslim League-Nawaz (PML-N) during its tenure and maintains close relations with Nawaz Sharif.

The Rehbar Committee, in its meeting on Thursday, gave its approval for Bizenjo’s nomination and ousted premier Nawaz Sharif also expressed confidence in nominating the NP leader.

The Rehbar Committee, which includes representatives of nine opposition parties, in its first meeting on July 5, chose Akram Khan Durrani of the Jamiat Ulema-e-Islam-Fazl (JUI-F) as its convener for two months.

Opposition parties on Tuesday had submitted a no-trust motion against Chairman Senate Sadiq Sanjrani to the secretary of the Upper House.

“For the first time, a no-trust motion against a Senate chairman has been submitted. We will take the procedure further from here as per the law,” said Secretary Senate Mohammad Anwar.

Parties opposed to the Pakistan Tehreek-e-Insaf (PTI) government were expected to submit a name for a new Senate chairman by July 11.