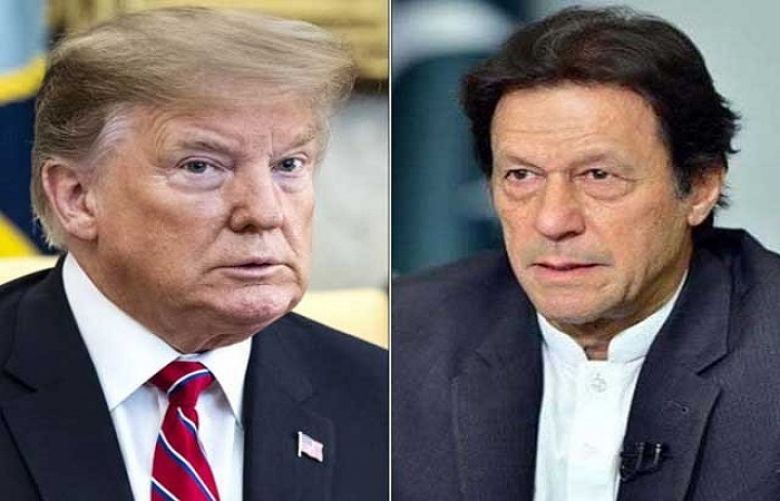 "President Donald J. Trump will welcome Prime Minister Imran Khan of the Islamic Republic of Pakistan to the White House on July 22, 2019," the White House said in a statement.

"The visit will focus on strengthening cooperation between the United States and Pakistan to bring peace, stability, and economic prosperity to a region that has seen far too much conflict."

It added that the two leaders would discuss several issues during their meeting, including "counterterrorism, defense, energy, and trade, with the goal of creating the conditions for a peaceful South Asia and an enduring partnership between our two countries".

The press release on Wednesday evening helped clarify the confusion earlier created by statement from a US State Department spokesperson, who said the White House had not confirmed reports of a meeting between the two heads of state.

The press release on Wednesday evening helped clarify the confusion earlier created by statement from a US State Department spokesperson, who said the White House had not confirmed reports of a meeting between the two heads of state.

Bukhari said the prime minister would depart for the US on July 20. Last week, Foreign Office spokesperson Dr Mohammad Faisal during his weekly press briefing had said that PM Imran was slated to meet President Trump on July 22 during his trip to Washington.

"At the invitation of US President Donald Trump, Prime Minister Imran Khan will visit Washington and hold a meeting with President Trump on July 22, 2019," Dr Faisal had said.

He had said the agenda of the meeting between the two leaders was being developed through diplomatic channels, and that the focus would be to "refresh the bilateral relationship".

According to sources, Foreign Minister Shah Mehmood Qureshi and other leaders will accompany PM Imran Khan during the visit. The two leaders are expected to discuss bilateral relations between the two countries, regional issues and the Afghan peace process, according to diplomatic sources in Islamabad.

In September, the prime minister will travel to New York to represent Pakistan at the 74th session of the United Nations General Assembly (UNGA). PM Imran will address the 74th UNGA session for the first time since he assumed office in August 2018.