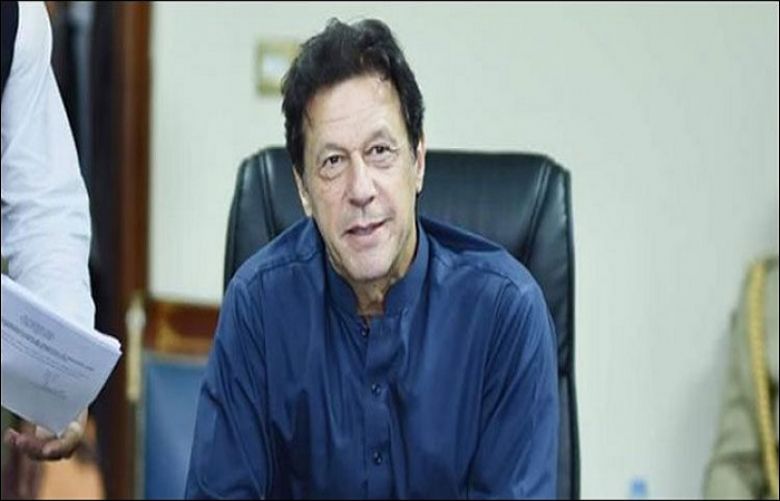 Prime Minister Imran Khan on Wednesday reiterated that all corrupt elements who burdened Pakistan with a massive debt of Rs30,000 billion will be brought to justice because the country cannot progress unless such corrupt politicians and former rulers are held accountable.

Speaking to the media here, Prime Minister Imran Khan—in a veiled reference to the leadership of the Pakistan Muslim League-Nawaz (PML-N) and the Pakistan People's Party (PPP)—said they were out to create panic by blaming the government for price hike.

"Unless they are held accountable, the country could not be put on the track of progress. They just want to hear the words 'NRO' from me, which I will not utter as it will amount to treachery with the country," he said.

The prime minister added the country was passing through hard times because of the two previous NROs and the subsequent debt.

"Why should we not talk of the past corruption and plunder of the previous rulers?" he remarked, adding that staying silent on their misdeeds would amount to treason with the country.

Prime Minister Imran Khan said the country had immense potential to move ahead on the path of progress and prosperity, and appealed to the people to pay taxes for a strengthened economy.

The country cannot move ahead if the people and traders are reluctant to pay taxes, he said, adding that only one percent out of the total 220 million population were paying taxes. He said fewer people in the country were overburdened with the taxes as the industry was paying 70 percent taxes alone.

The government cannot go on printing currency as it will escalate price hike, he added, cautioning that if the people did not realise their responsibility to pay taxes, the country can run into hyper-inflation.

"There is a dire need to change the mindset for paying taxes," he said.

Prime Minister Imran Khan was on a daylong visit to Karachi along with his economic team.

He said the economy could not be run on the previous pattern, calling upon the business community to help the government in achieving its economic objectives.