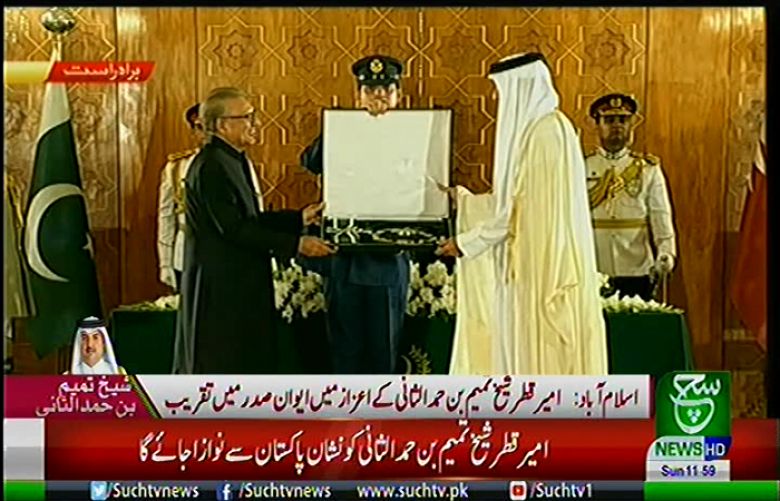 Accompanied by a high level delegation, the Qatari emir arrived at the President House where President Arif Alvi welcomed him.

A delegation-level meeting was held between President Alvi and the Emir of Qatar.

The president later conferred Nishan-e-Haider on the visiting dignitary at an investiture ceremony which was attended by members of Qatari delegation, federal ministers, MNAs, and high civilian and military officials.

The president will also host a luncheon in honor of the distinguished guest.

At the invitation of Prime Minister Imran Khan, the Emir of Qatar arrived in Islamabad on Saturday evening on a two-day visit along with a high level delegation comprising key ministers and senior officials.

He was accorded a red carpet welcome upon his arrival at the Nur Khan Airbase.

Following the talks, both the countries signed three Memorandums of Understanding to establish a joint working group and enhance bilateral cooperation in the fields of tourism, business and exchange of financial intelligence related to money laundering and related offenses.