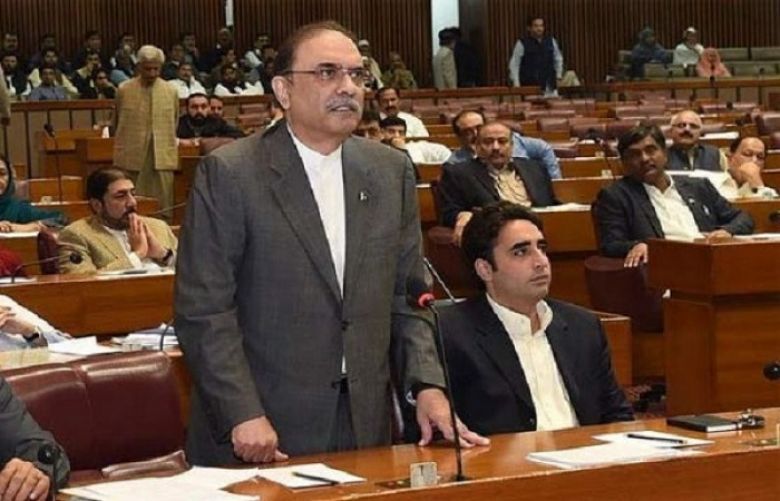 Former president Asif Ali Zardari on Thursday extended his party’s support to the government to steer the country out of the economic crisis.

Addressing on the floor of the National Assembly, after being brought to the Parliament House by the NAB team on the production orders, the PPP co-chairman, he saw government’s budget in the newspaper.

“I repeat there are three to four issues on which we can sit with the incumbent government”, he said and added cooperation between the government and opposition parties to ultimately benefit the country in improving its economic condition.

He said no one can solely serve the country.

Commenting on the budget, he said cotton sector was neglected in the current budget. At the one hand, the government increased salaries of the employees and on the other, jacked up taxes.

“If everything is good in the budget then why the common man and industrialists are crying”, questioned the PPP co-chairman.

He said his arrest will not cause any harm to the PPP, but the common people are afraid that when a former president can be arrested, what will happen to them.

“Stop process of accountability, arrests and move forward”, he maintained.

Earlier, the former president was welcomed by his children, Bilawal, Bakhtawar and Aseefa Bhutto along with party leaders, upon arrival at the Parliament House.

It may be noted that Speaker National Assembly (NA) Asad Qaiser on Wednesday had issued the production orders of former president Asif Ali Zardari.