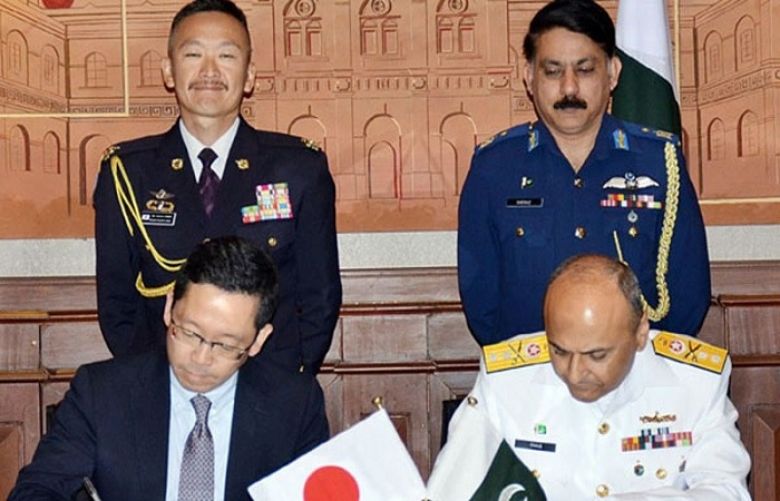 Pakistan and Japan on Tuesday signed a memorandum of understanding (MoU) on defence cooperation and exchanges.

The MoU was signed after the 10th round of military-to-military talks at the Ministry of Defence in Rawalpindi.

The two sides exchanged views on enhancing and diversifying bilateral cooperation and agreed on stronger collaboration for promotion of international peace and security, the officials said.

Rear Admiral Bilgrami recalled the goodwill existing between the armed forces of the two countries and briefed the Japanese delegation on Pakistan’s role and efforts in pursuing enduring peace in the region.