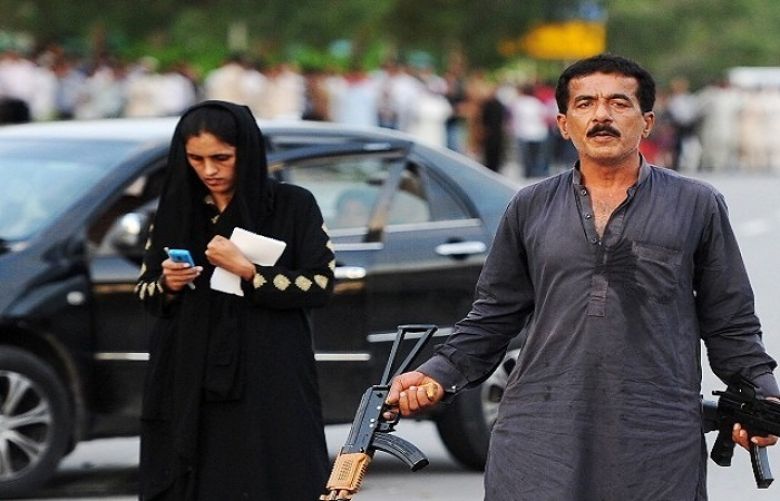 The Islamabad High Court (IHC) on Wednesday dismissed a petition by the federal capital gunman Malik Sikandar Hayat who held the city hostage six years ago seeking for the suspension of his sentence.

On August 15, 2013, Sikandar, armed with automatic weapons and accompanied by his wife and two children, had driven into the middle of Constitution Avenue in Islamabad where he fired into the air and started a standoff with the authorities which lasted well into the night.

As negotiations were under way, Pakistan Peoples Party leader Zamrud Khan attempted to wrestle the culprit, following which Sikandar broke free and was shot, injured by the police.

A case was registered against him under Section 6 of the Anti-Terrorism Act, 1997 at the Kohsar Police Station in Islamabad.

On May 11, 2017, an anti-terrorism court awarded Sikandar a 16-year prison sentence along with a hefty fine of Rs110,000. His wife, Kanwal Sikandar was acquitted.

The IHC reserved its decision on April 13. The reserved decision by Chief Justice Athar Minallah and Justice Mian Gulhas been released.

According to the 22-page decision, the prosecution proved its case and in light of that Sikander’s appeal has been dismissed.